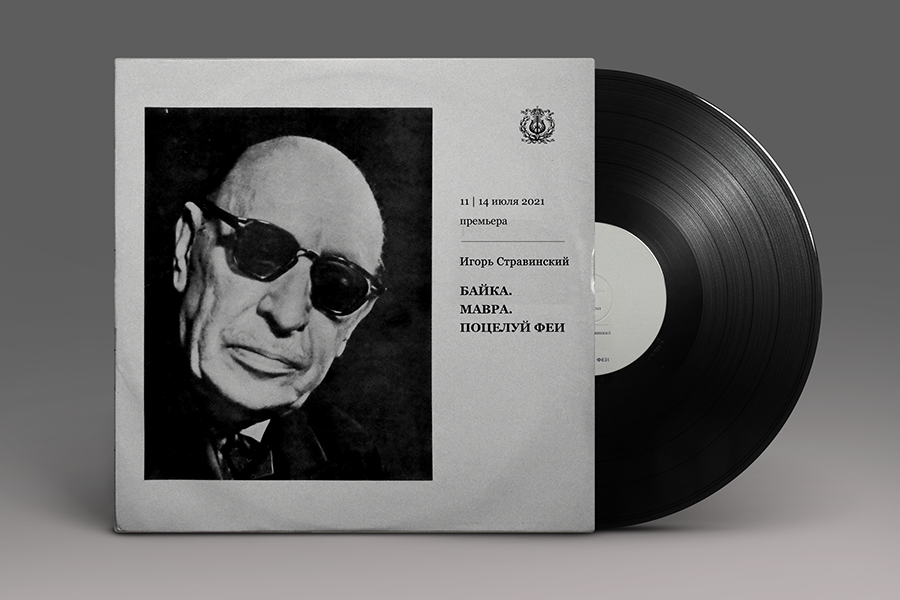 The three works by Igor Stravinsky in this programme represent three genres.
Renard is an “histoire burlesque chantée et joée”. Even by fairytale standards, the plot is banal (a vixen abducts a cockerel and other animals save him) and, in general, has little meaning: the voices of the four singers are not determined by the characters. Line by line and word by word, when compiling the libretto from Russian folk tales Stravinsky was interested, first and foremost, in the phonetics and the rhythm of the text. Today, this text reminds us most of Daniil Kharms and Alexander Vvedensky, while the tempo and energy of the musical presentation invokes rap.
Mavra is an opera based on Pushkin’s the Little House in Kolomna, a bridge between Russia and Europe: the score is indeed dedicated to the memory of Alexander Pushkin, Mikhail Glinka and Pyotr Tchaikovsky, the three leading pro-western men in 19th century Russian art. Voices from a past that is beautiful – with urban romances, gypsy songs and Italian opera in a Russian format – sound like listening to an old record. (Stravinsky had actually found the sliding musical intonations so typical of Mavra in gramophone recordings, still very imperfect in the 1920s.) One hears voices of St Petersburg’s Kolomna district where Stravinsky grew up: the church bells of the St Nicholas Naval Cathedral and the marches of the army brass bands that were based in New Holland.
Le Baiser de la fée is a ballet. Stravinsky took pieces by Tchaikovsky to work on and dedicated the score to him. One may discern a dozen direct citations from piano miniatures and romances, though more frequently the listener will be perturbed vaguely familiar intonations: Le Baiser de la fée is reminiscent of a “toothy” neural work, and all of Tchaikovsky’s music flows through it. As the basis of the plot, Andersen’s “Ice-Maiden” is listed in purely nominal terms – the ballet’s true plot in actual fact comprises the adventures of a great Russian classic in the future. the journey travelled by the audience is one from “A lullaby into a storm”, instigated in the very first bars, to “A lullaby in the land of eternity” (the title of the epilogue), from a comprehensible and highly structured life to the emptiness of the vast stage of the Mariinsky-II. Bogdan Korolyok

Premiere of the evening at the Mariinsky Theatre: 11 July 2021