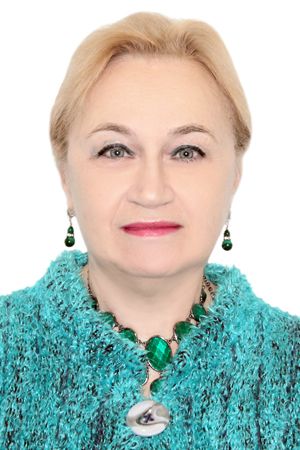 Born in Leningrad. Graduated with distinction from the Leningrad State Rimsky-Korsakov Conservatoire (classes of Professors Alexander Ikharev and Yevgeny Shenderovich). In parallel with her studies, she worked as a concertmistress at the Conservatoire’s Opera Studio.

Has worked at the Mariinsky Theatre since 1975 and is today responsible for the musical preparation of numerous productions as well as being a lead performer of numerous piano solos in the constantly expanding ballet repertoire. As a concertmistress she has worked with such leading lights of the music world as Valery Gergiev, Rodion Shchedrin, Tikhon Khrennikov, Andrei Eshpai, Gemal Dalgat, Viktor Fedotov, Yevgeny Kolobov, Gianandrea Noseda and Tugan Sokhiev.

Lyudmila Sveshnikova’s skill as a pianist has frequently drawn the attention of Russian and international theatre critics.