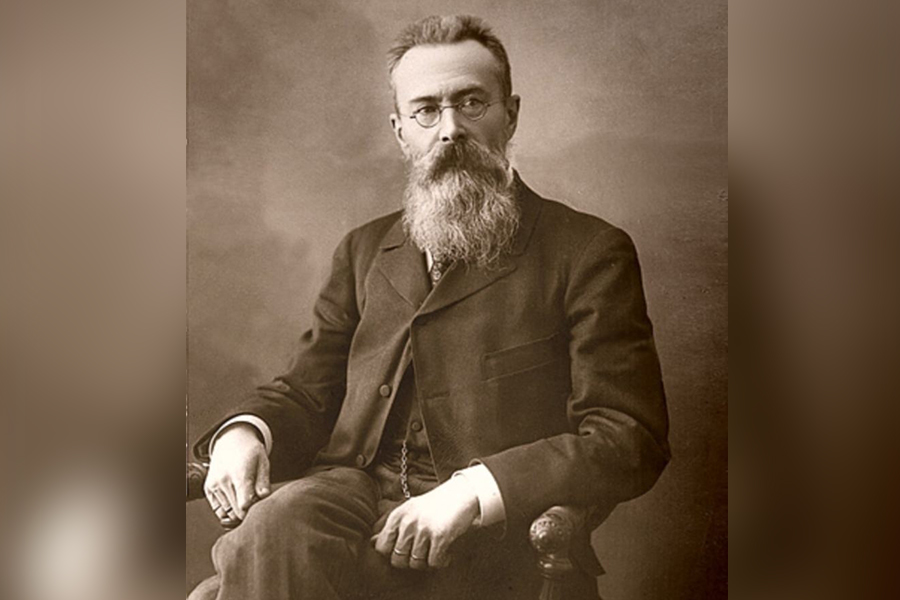 Three evenings of romances by Rimsky-Korsakov begin at 10 p.m. This is not just a nod to the fashion for night-time concerts and a hint at the fact the French refer to sleepless nights as  “white nights”. Not just the moonless June sheen but also the very territory of St Petersburg play the role of a guide to the times when these romances were written and performed within the intimate and chamberlike atmosphere of people’s musical soirées in the leadup to midnight. Apropos, in the romances themselves there is no  “soirée” quality in the negative sense of that word. They contain neither bourgeois sugariness nor empty decorativeness; Rimsky-Korsakov’s romances are music of the highest class. The earliest of them dates to the 1860s, and there is a predominance of oriental motifs in them that at the time excited the minds of all members of the Mighty Five and anticipated the appearance of Antar and Schéhérazade. The picturesque quality here is dominant over personal expression, and the imagistic content is conveyed through the rich piano part. By the 1880s, as his skill grew, the composer was writing romances that were more harmonious and plastique, and the lyricism in them is somewhat softened for the sake of perfection of form. By the 1890s, a very complicatedly and subtly written vocal part had become the main typifying feature of his romances, where the declamation is blended with broad cantilena, and each movement of the melody and the harmony that accompanies it reflects an imagistic nuance of the text. The maestro’s vocal anthology performed by soloists of the Academy of Young Opera Singers has already been performed at the anniversary festival and drew a lively response from the public.