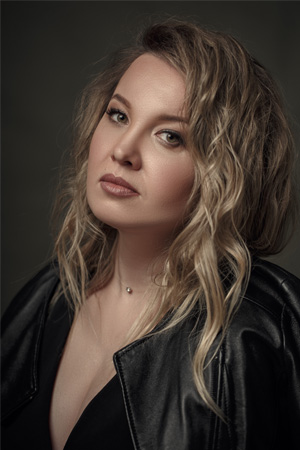 Born in Volzhsky, Volgograd Oblast. In 2008 she graduated with distinction from the Volgograd Conservatory named after P.A. Serebryakov. Trained in the class of Natalia Semyonova, Honoured Artist of Russia.
Since 2008 she has been a soloist with the Mariinsky Academy of Young Opera Singers. Has taken part in master-classes given by internationally acclaimed teachers and coaches including Grayr Khanedanian, Larisa Gergieva, Elena Obraztsova

In the 2016/2017 season, she sang the main part – Nastasya in the premiere of The Enchantress staged by David Pountney at the Teatro di San Carlo in Naples.