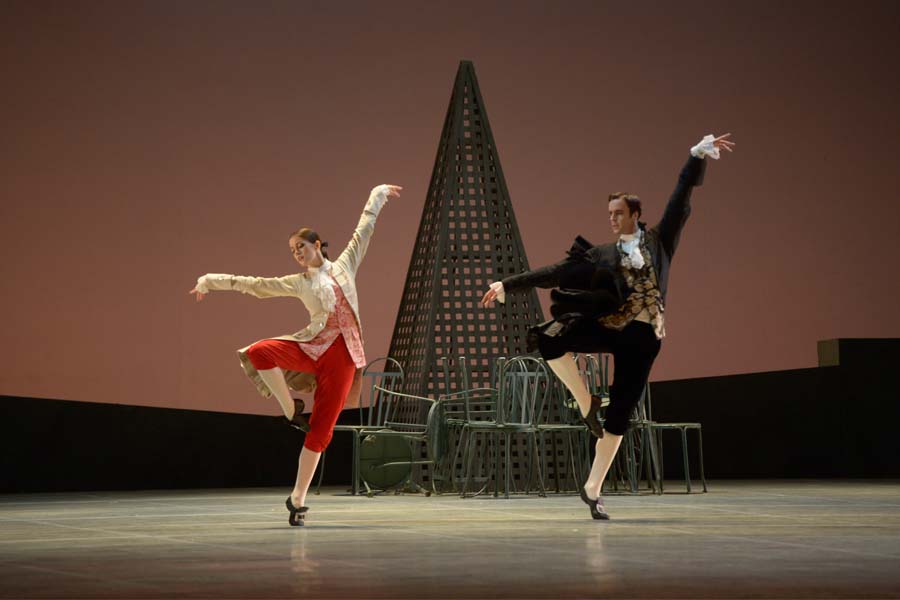 The main ballet event of the season was the premiere of Angelin Preljocaj’s Le Parc, the original choreography of which the Mariinsky Ballet Company discovered for the first time. In actual fact, Le Parc is a direct descendant of the Mariinsky Theatre’s The Sleeping Beauty by Marius Petipa. The archaeology, which exists in it as a principle for the plot to unfold, never fades. The gardeners at Versailles in the mid 18th century fell asleep, just like Princess Aurora did in the 16 th century in order to wake up one century later at the Court of the Sun King. Preljocaj’s Gardeners slept somewhat longer – at the end of the 20 th century. The Gardeners in Le Parc are unusual. They tend the garden and “grow” love stories in it – they are gravedigging archaeologists with torches on their foreheads that seek out items of the gallant age from the era of the “star wars” and artefacts from the canvases of Antoine Watteau at Versailles. And they discover much more than mere crinolines, camisoles, fans, veils and Mozart’s divinely beautiful music which Preljocaj and the designer Thierry Leproust depict with the most incredible subtlety, as well as the frivolous mood of love that characterizes the mad era of cavaliers, ladies, courting, sighs and stolen kisses. Moreover, these children of a more cruel time in which AIDS kills any healthy emotion are running against the story of the mad passion of two courtiers which then ends with that very famous prolonged kiss where the lovers no longer fear anything – neither men, nor gods nor class prejudices.

The performance lasts 1 hour and 40 minutes; there is no interval

Le Parc
on the playbill