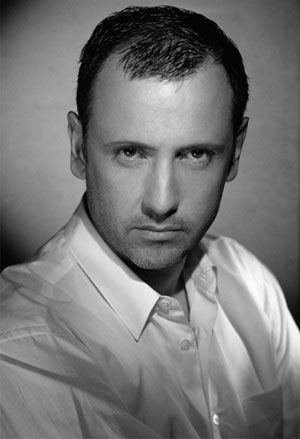 Having graduated from the Йcole de la chambre syndicale de la couture, he studied at the faculty of the history of art at the Sorbonne. In 1986 he received a prize from the Fondation Marcel Bleustein-Blanchet pour la vocation. The next year he won a competition organised by the Comité Colbert association to commemorate forty years since the founding of the Maison Christian Dior. In 1988 Hervé Pierre started work in Pierre Balmain’s haute couture atelier, where he created his first independent collection.
Designing the costumes for Angelin Preljocaj’s ballet Parade for the Opéra de Paris and the Sydney Opera House (1992) was the designer’s first work in dance. This was followed by costume designs for Preljocaj’s ballets Le Parc for the Opéra de Paris (1994), La Stravaganza for New York City Ballet (1998) and Patrice Bart’s Verdiana for the Berliner Staatsoper (1999).
In 1995 Hervé Pierre moved to the USA where he has worked with fashion houses including Oscar de la Renta, Vera Wang and Bill Blass. He is currenytly the Creative Director of the Carolina Herrera fashion house.