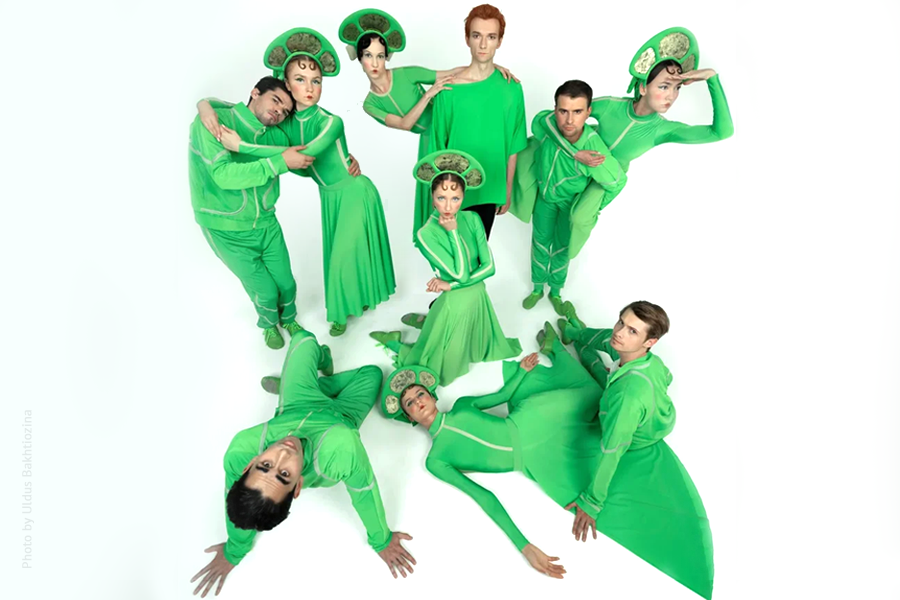 Stravinsky created the ballet Le Baiser de la fée based on Hans Christian Andersen's fairy-tale plot using quotations, motifs and allusions from music by Tchaikovsky and he dedicated the score to the memory of his senior colleague: "Like a fairy, the muse adorned Tchaikovsky with her kiss, the imprint of which is to be observed on every opus by this great artist." Looking for just such a fairy (or muse) is hero of Maxim Petrov's production. In his reading of Stravinsky's opus the choreographer has discarded the peripheral details of the original fairy-tale libretto: no child is stolen and there is no fatal substitution of the bride at the wedding. His male protagonist saves himself from wintry probation dressed in a fashionable down jacket and carrying a mobile phone. And, unlike with Stravinsky there are four fairies, not just one, in this story. Moreover, the beauty of the duet with one of them is not at all an indicator that the protagonist's search is to be crowned with success, and he meets the one who possesses the secret of creation. Which of the fairies is to be the guide in a "land beyond time and space", revealing to the one who has been kissed — a country, with the universal image of which the composer chose to conclude his ballet?

Premiere at the Mariinsky Theatre: 11 July 2021