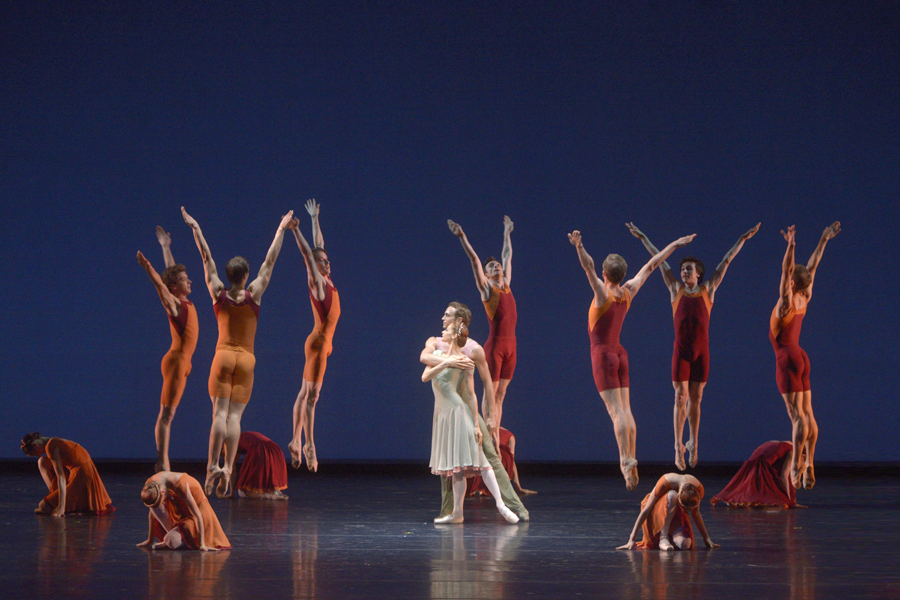 an evening of ballets by Alexei Ratmansky

Seven Sonatas by Alexei Ratmansky is the Mariinsky Theatre's latest eagerly-anticipated premiere. This elegant lacework of dance for three couples, which sensitively responds to each note of Scarlatti's music, was created in 2009 for American Ballet Theatre. Last season, dancers in St Petersburg had rehearsed this production for the Mariinsky ballet festival in March – learning the choreographic text with Stella Abrera, one of the first performers of the ballet. Neither did the closing of borders put paid to their work – Alexei Ratmansky made his corrections using Skype. The premiere, however, was destined not to take place last spring.

Pierrot Lunaire and Concerto DSCH, which have been revived in the Mariinsky Theatre's repertoire, have met with better fortune: these ballets had already managed to be presented to the public before the enforced interruption to the theatre's stage activities. Now audiences may look forward to a programme of three productions by Alexei Ratmansky. Varied in terms of their musical materials – Schoenberg, Scarlatti and Shostakovich, and contrasting in terms of emotional colour and atmosphere – they portray the signature of an incredibly musical choreographer with whom movement and dance combinations of bewitching elegance are born from the music. The meaning lies in the interaction of its rhythm and melody together with the plastique. "It is far from everything that is happening that can be expressed in words," the choreographer says. "The movement is expressive, yet it is impossible to say what it is expressing, though that is something we can feel." This evening of one-act ballets by Ratmansky promises audiences an entire range of emotions, a search for internalised plots and intrigues within the rich choreographic text, within the poetry of dance, which cannot be expressed verbally but the meanings of which may be read.
Olga Makarova