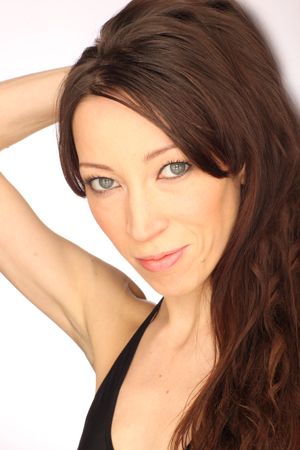 Tereshkina is an astoundingly powerful technician: the combination of her vertiginously long legs and fearless balance somehow make you feel she is dancing on top of a high mountain.

Tereshkina is absolutely gorgeous, a filigree beauty whose movements extend through her fingertips, a firecracker when throwing off her fiendish fouettés.

The lead role at the premiere was performed by Viktoria Tereshkina, a ballerina who has the ability to transform herself with rare ease in accordance with the tasks faced, while her stunning plastique responsiveness to the smallest dance nuances and shading make Ms Teryoshkina a premium-class virtuoso.

• People's Artist of Russia (2018)
• Honoured Artist of Russia (2008)
• Prize-winner at the IX Arabesque-2006 International Ballet Competition (Perm)
• Recipient of Ballet magazine’s Spirit of Dance prize in the category “Rising Star” (2006)
• Recipient of the Golden Sofit, St Petersburg’s most prestigious theatre prize, in the category “Best female role in ballet” for the role in Approximate Sonata (2005), the role of the Queen of the Sea in Ondine (2006), the role of Sylvia in Sylvia (2014)
• Prize-winner at the DANCE OPEN International Ballet Festival in the category “Ms Virtuosa” (2010 and 2011)
• Recipient of the Golden Mask, Russia’s most prestigious theatre prize, for “Best female role in ballet” (Violin Concerto No 2, choreography by Anton Pimonov, 2017).

Born in Krasnoyarsk
Graduated from the Vaganova Ballet Academy in 2001 (class of Marina Vasilieva).
Joined the Mariinsky Ballet in 2001. Principal since 2006.

First performer of the roles of the Queen of the Sea (Pierre Lacotte’s production of Ondine, 2006), the Tsar Maiden (The Little Humpbacked Horse, 2009), Parasha (The Bronze Horseman; production by Yuri Smekalov, 2016) and Paquita (Paquita); staging by Yuri Smekalov and Yuri Burlaka, 2017)

In May 2014 she made her debut with American Ballet Theatre as Nikia in the ballet La Bayadère (Natalia Makarova’s version).