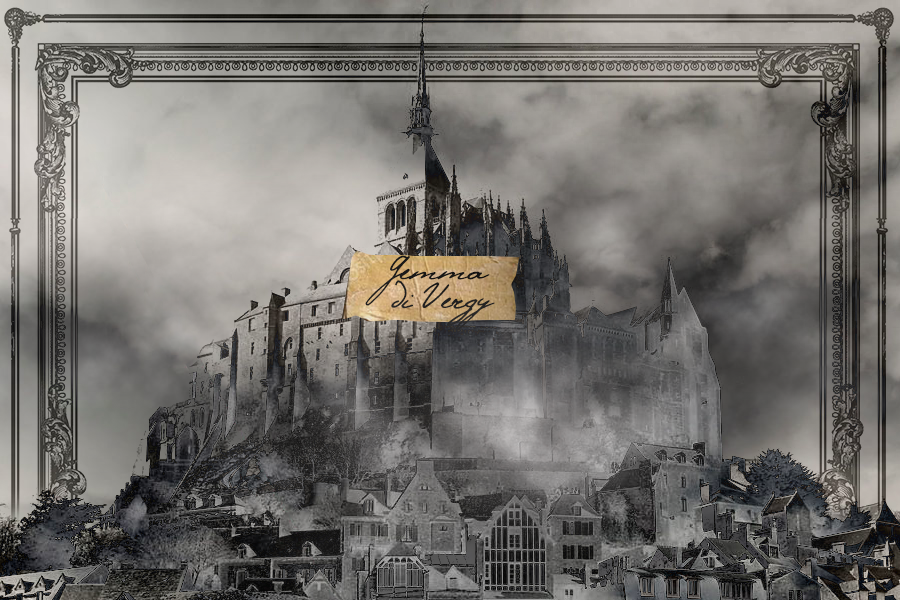 For Gaetano Donizetti, 1834 was to prove a tense year, although a joyful one, too. One after another there came premieres of three new operas: Rosmonda d’Inghilterra was followed by Maria Stuarda and, at the close of that year, there came Gemma di Vergy. The libretto was based on the latest thing to hit Paris – Alexandre Dumas père’s play Charles VII chez ses grands vassaux (1831). Unlike Cesare Cui, who between 1896 and 1898 had interpreted the same drama as the opera The Saracen, Donizetti did not wait so very long and turned out to be right. In contrast to the example set by Cui’s opus, his work came at the right time. Gemma di Vergy is a perfidious romantic tragedy about a legendary era – it ranked alongside such key works as Lucrezia Borgia and Ernani.
The fragile thread of the events in Gemma are interwoven with the events of history at large. In Act I there is a mention of the achievements of Joan of Arc. Alas, in 1428, as proclaimed by the authors, the maid of Orleans had not yet undertaken any such deeds. The plot is set in the Vergy castle, which for some reason known to the creators is situated in the province of Berry. And yet the ruins of this castle have stood the test of time and are not remotely in Berry but in the heart of Burgundy, halfway between Dijon and Beaune. The count, Gemma’s husband, remains tactically nameless in the opera. His prototype could have been Antoine de Vergy (1375–1439), marshal of France who actually battled against the English. However, Count Antoine certainly did not die in 1428. Here, arguably, we have everything that can be said of the historical accuracy of Gemma di Vergy.
What else is missing in this opera by Donizetti? There is neither local (French) nor oriental colour: the Saracen origins of Tamas did not exert any influence on the music of his scenes. Neither are there fantastical motifs: neither the appearance of ghosts, nor evil-sounding ballads, or fairies or mermaids. Nothing of all that could ever have appeared inGemma, as its genre is a tragedia lirica, a musical tragedy, the most serious of opera genres extant at that time. Here the heroes are noble, the passions frantic, and it is worthless to be distracted from them for the sake of peasants and mermaids.
Almost all the scenes in Gemma are written in the form which Italians, in the era of romantic bel canto, bluntly called la solita forma – “the normal form”. Its scheme is unaltered: a recitative, a slow songful cavatina, a transition rich in events and – to crown everything – a virtuoso cabaletta and chorus. The well-established “normal form”, obvious to experienced composers, allowed new operas to be written at great speed, which Donizetti indeed did.
The international success of Gemma travelled at lightning-speed from St Petersburg to New York. In 1830 Auber’s La Muette de Portici provoked the launch of a revolution in Belgium – in 1848 in Palermo the performance of Gemma gave the signal to the start of the Sicilian Revolution. Donizetti did not wish for any revolution in Palermo. His aim was for melody – just as beautiful as with his rival Vincenzo Bellini.
Anna Bulycheva