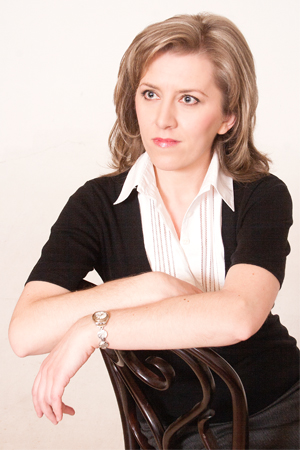 Xenia Isaeva graduated from the St Petersburg State Rimsky-Korsakov Conservatory in 1995 (special piano class of Professor Oleg Malov, accompanist class of Senior Lecturer Sofia Vakman and chamber ensemble class of Professor Irina Sharapova). As a student, she worked at the conservatory as an accompanist on the faculty of solo singing in the classes of Tatiana Lavrova and Yevgenia Gorokhovskaya, as well as on the faculty of woodwind instruments in the class of Nikolai Neretin.

In 1999 she was invited by Larisa Gergieva to join the recently-established Mariinsky Academy of Young Opera Singers. As a pianist-accompanist and continuist she featured in one of the academy’s first major projects – a concert performance of Rossini’s opera Il viaggio a Reims at the Mikkeli Festival (Finland). She subsequently went on to rehearse a production of that opera with academy soloists at the Mariinsky Theatre (2005).

Has also collaborated on productions of the operas Ariadne auf Naxos (2004), Die Zauberflöte (2007), May Night (2009), Dvořák’s Rusalka (2009), Don Quichotte (2012), Il barbiere di Siviglia (2014), Eugene Onegin (2014), The Golden Cockerel (2014), La traviata (2015), Hänsel und Gretel (2015), Weinberg’s The Idiot (2016) and Haydn’s L’isola disabitata (2018). Has worked on preparations for productions of the operas Anna Bolena, Lucrezia Borgia and La favorita by Donizetti, La gazza ladra by Rossini, I Capuleti e i Montecchi by Bellini, Werther and Cendrillon by Massenet, Congratulations! by Weinberg, The Gadfly by Spadavecchia and Oresteia by Taneyev.

Together with soloists of the academy, she has toured throughout Russia and abroad. Together with opera company soloists Elena Tsvetkova, Anastasia Kalagina and Daniil Shtoda she has rehearsed and performed several concert programmes that have been presented at the Small Hall of the St Petersburg Philharmonic, the Concert Hall of the Mariinsky Theatre and the Pavel Slobodkin Centre among other venues.

In 2019 she took part in a series of concerts by the academy marking the 175th anniversary of Rimsky-Korsakov’s birth, which saw the performance of all of the composer’s romances.

In the 2019-2020 season she is taking part in concerts marking the 180th anniversary of the birth of Eduard Nápravník and in the series of lectures and concerts Legendary Soloists of the Mariinsky Theatre.