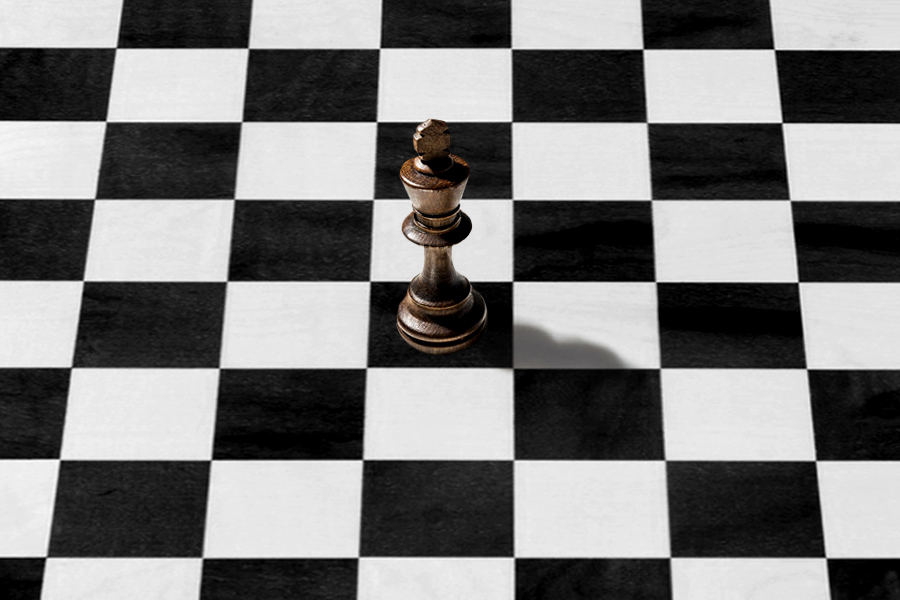 Mirko Czentovic, the world chess champion, is among the passengers aboard a steamboat headed for Buenos Aires from New York. Czentovic is reputed to be a dull-witted and greedy man. While trying to penetrate the enigma that is this strange, taciturn man, the protagonist tricks the champion into playing a game of chess against him. Czentovic faces one passenger after another, all of them trying to at least draw their game against the champion. All their attempts go in vain until one more mysterious gentleman appears among the players.

The composer Alexander Tchaikovsky decided to write his new opera on the basis of the famous Zweig’s novella Schachnovelle and thus continued a century-old tradition of Russian operas about game-addicted characters. In Tchaikovsky’s Chess King one can sometimes almost hear — especially in the energetic opening scene and the ostinato patterns of the tournament scene — the clear echoes of Prokofiev’s The Gambler (Prokofiev was just as much a chess lover as Tchaikovsky). Once the story’s focus shifts to chess and the xylophone starts to pulse – all of a sudden Rimsky-Korsakov’s The Golden Cockerel сomes to mind as it also mentions a “carved tafl set”. There are some non-operatic references as well: at the very end, after the main events, the choir acts as a sportscaster and excitedly gives a running commentary of the game Anatoly Karpov vs Lajos Portisch, 1996.
The opera Chess King premiered on the New Year’s Eve 2017 at the Grand Hall of the Moscow Conservatoire, which had ordered the opera. The Saint Petersburg premiere of the opera will be presented by the soloists of the Mariinsky Academy of Young Opera Singers under the direction of Larisa Gergieva.