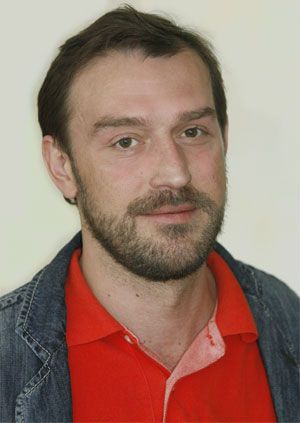 Alexander Maskalin graduated from Leningrad State Institute of Theatre, Music, and Cinema, majoring in acting (1998, class of Tamara Abrosimova). He has worked at Saint Petersburg State Youth Theatre on the Fontanka, at the Ostrov Theatre, and at the Baltic House Festival Theatre. His acting credits include the roles of Romeo (Romeo and Juliet), Sebastian (The Twelfth Night), Hamlet (Hamlet), Lensky (Eugene Onegin) among many others. At the Mariinsky Academy of Young Opera Singers Maskalin has taught speech for the stage and acting. He took part in the revival of Lohengrin at the new stage of the Mariinsky Theatre. Maskalin has created semi-staged productions of the operas The Stone Guest, Mavra, Hansel and Gretel, and The Love for Three Oranges. He has also staged productions of May Night, The Marriage, How Ivan Ivanovich Quarrelled with Ivan Nikiforovich, Gianni Schicchi, L'heure espagnole, and Dvořák’s Rusalka at the Concert Hall of the Mariinsky Theatre. In 2012, he staged the opera Manon Lescaut at the Vladikavkaz Theatre of Opera and Ballet. During the 2015–2016 and 2016–2017 seasons, Maskalin staged several productions at the Prokofiev Hall of the Mariinsky II, including Anna, Orango, The Station Master, and Maddalena, as well as operas for children, such as The Giant, The Christmas Tree, An Opera about Porridge, a Cat and Milk, The Brave Hare, The Boy Giant, Town Musicians of Bremen, and Adalmina’s Pearl.