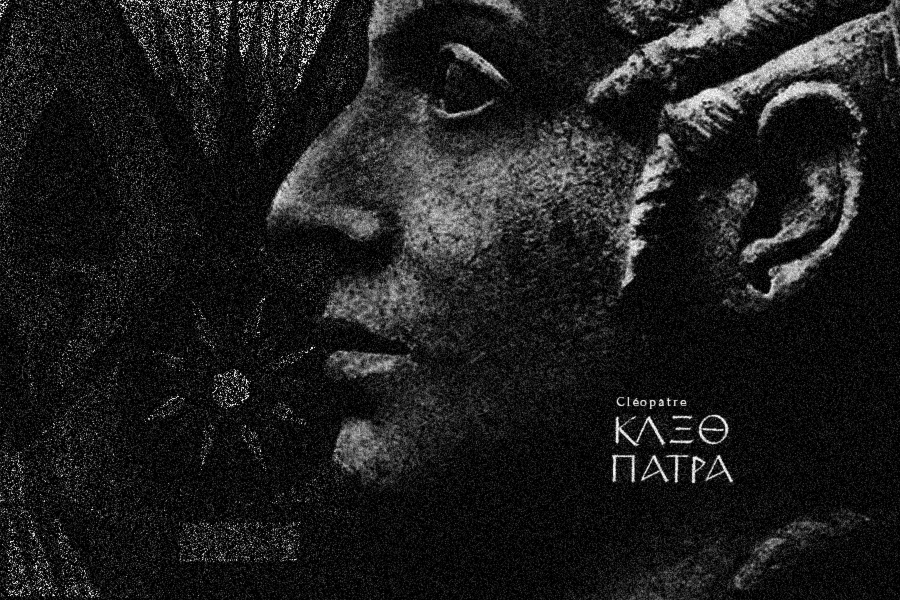 Act I
After Caesar’s death, Marc-Anthony, a member of the Triumvirate responsible for ensuring peace in the East, collects tributes from the rulers of defeated peoples, and then from Cleopatra, whose arrival is announced by her freed slave and lover Spakos. The Queen of Egypt arrives in a splendid galley, resembling more the triumphant Venus than a defeated monarch. Marc-Anthony, falling to Cleopatra’s beauty, comes on board the galley, and yet he cannot stop thinking about the Roman Senate awaiting his return, along with the fearsome Octavian, who had promised Marc-Anthony his sister Octavia’s hand in marriage.

Act II
Scene 1. Back in Rome, Marc-Anthony believes himself recovered from his infatuation with Cleopatra and prepares to wed Octavia. The wedding choir has already finished their song when the legionary Ennius tells Anthony that after his departure, Cleopatra indulged herself in Spakos’s arms. Mad with jealousy and despair, Marc-Anthony asks Octavia to forget him. Though abandoned, Octavia vows to stay faithful to Anthony.

Scene 2. At a tavern in Alexandria, Cleopatra, now dressed as a man and accompanied by Spakos, looks for a new amorous adventure. The queen is charmed by a beautiful young dancer, which enrages Spakos. He attacks the dancer, trying to strangle him. A fight in the tavern ensues. Cleopatra has no choice but to reveal herself. Charmion enters and announces Marc-Anthony’s unexpected return. Ignoring the pleas and threats of Spakos, Cleopatra rushes to welcome Marc-Anthony.

Act III
Cleopatra receives the guests in her gardens. She promises to kiss the man who would drink a poisoned chalice. Marc-Anthony is against this cruel game, as Cleopatra’s beauty can drive any man to lunacy. Octavian has declared war on Egypt, but Marc-Anthony is in no rush to fight as he is worried that Spakos would once again take his place next to Cleopatra. Cleopatra demands that Anthony should lead the Egyptian army. Octavia enters. She tries to stir the Roman’s heart and his sense of duty. Cleopatra is silent; she leaves the choice to Anthony, who eventually decides to side with Cleopatra.

Act IV
The Egyptian forces are defeated by the Romans. Cleopatra prepares to die. Her retinue has abandoned her, only her loyal servants Charmion and Spakos remain. The messengers, who were sent to convey Cleopatra’s request for Anthony to return to her, are intercepted by Spakos. He orders them to tell Anthony the Queen is dead. In despair, Marc-Anthony falls on his sword and, mortally wounded, asks for his body to be carried to the palace of the Egyptian Queen, so that he may rest beside his beloved. Cleopatra still waits for Anthony at her palace. Desperate and blinded by jealousy, Spakos confesses to Cleopatra that he ordered that Anthony be told of her supposed death. Cleopatra kills Spakos with her own hands while Anthony dies of his wound. The Queen of Egypt takes a poisonous snake out of a fruit basket, and, with the words “Anthony and Cleopatra will be together for eternity”, holds the snake to her breast.

Running time 2 hour 30 minutes
The concert has one interval