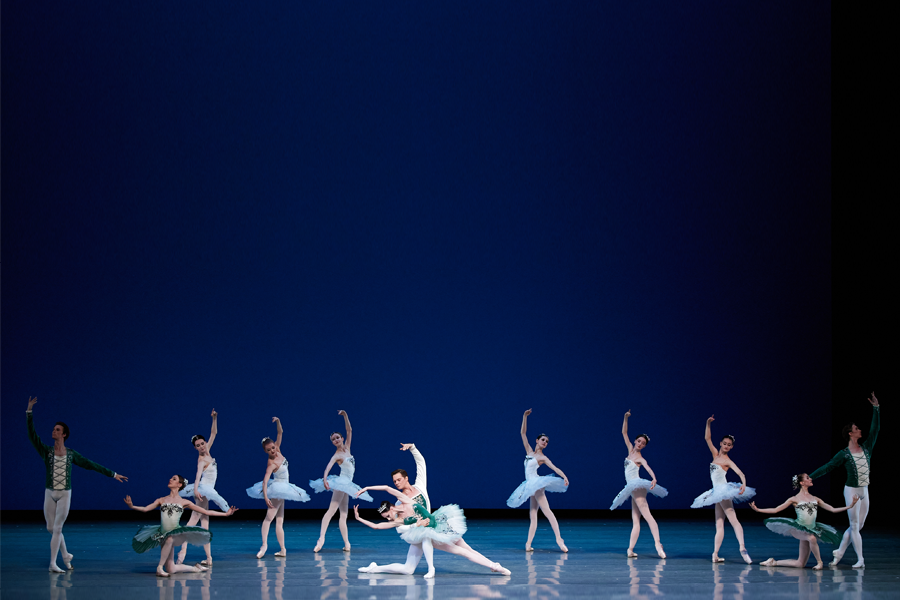 one act ballets
ballet by George Balanchine set to music by Georges Bizet
Performance has been rescheduled from March 22, 2020

Music by Georges Bizet (Symphony No. 1 in C)
Choreography by George Balanchine (1947)

George Balanchine staged one of his most famous ballets for the company of the Opéra de Paris in 1947. Invited from beyond the ocean, the choreographer, in executing the French commission, was absolutely sure of himself: in this new work, as in most mature ballets by Balanchine, there was no plot, there were no human passions behind the dance, and only the music, its rhythm and structure determined the development of the choreographic image. The character of the dance was dictated by Georges Bizet’s youthful Symphony in C Major. Its sparkling lightness provided the name of the work – Le Palais de cristal. It is true that soon after the ballet was brought to New York the invented title became forgotten, and for over half a century many leading ballet companies throughout the world have been proud to have Balanchine’s Symphony in C in their repertoires. This ballet is ideal for showcasing a company’s merits: the four parts of the ballet are staged for four pairs of soloists, and in this ballet dancers can dazzlingly show off their skills and take on the incredibly complex fiorituri of the shading in the allegro, and proudly and majestically “sail” into the adagio.
Olga Makarova