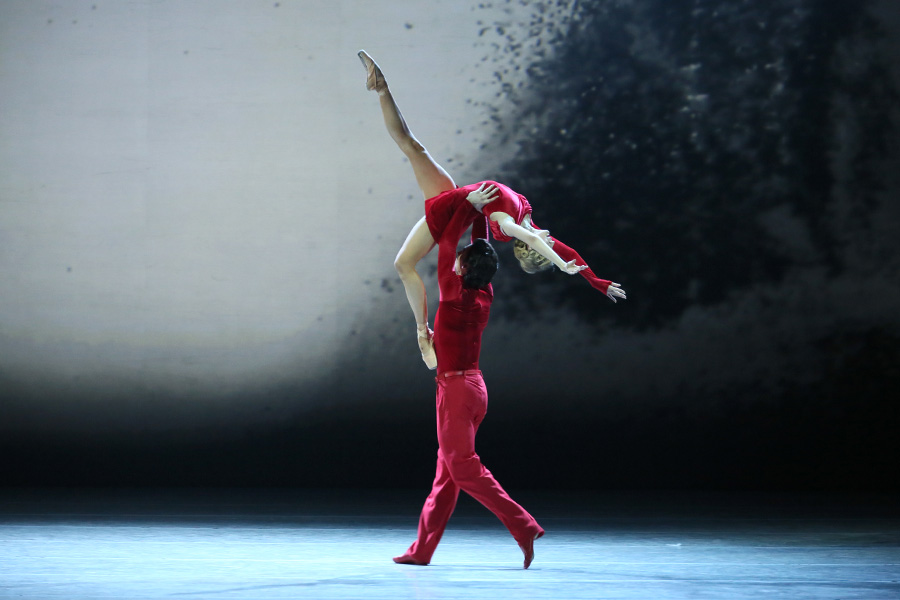 Konstantin Keikhel’s The Seasons was added to the repertory of the Mariinsky The atre in the year marking 200 years since the birth of Marius Petipa. The young generation of choreographers took the mantle from their great predecessor. In the 1900s, Alexander Glazunov’s ballet The Seasons staged by Marius Petipa has a run at the Mariinsky The atre. In the winter tableau of the ballet, Hoar-frost and Ice danced together with Snow and Snowflakes. The spring tableau included a dance of Rose in the company of Swallows. Summer was the realm of the Spirit of Corn, Faun, Satyrs, and Naiads. Autumn was the perfect time for mischievous Bacchus, Bacchae, and Fauns. That colourful ballet had long been forgotten, so Konstantin Keikhel was offered a new interpretation of Glazunov’s music written back in the day for Petipa’s ballet. The choreographer decided to part with a multitude of characters and elements meant to showcase the beauty of nature. In his version of the ballet, Keikhel, a 21st century choreographer, decided to focus instead on human relationships and the cycle of life, recreating it through the soloists duets and corps de ballet dances.