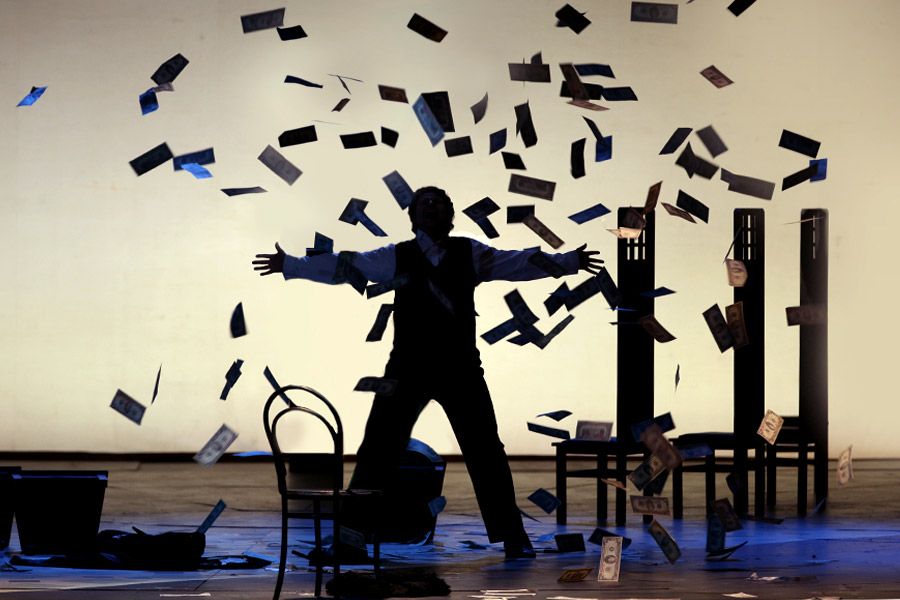 The action unfolds in 1865 in the fictional town of Roulettenburg near Spa.

In the spa town of Roulettenburg, famed for its gaming houses, fate has brought together the retired General, Polina (his step-daughter), Alexei Ivanovich (the tutor of his children), the Marquis, Mr Astley and Mademoiselle Blanche of the demi-monde.

The general has lost his fortune at roulette and is in debt to the Marquis. Moreover, the charms of Mademoiselle Blanche have completely turned his head. All of the General and his friends' hopes lie on the fortune of a rich Grandmother in Moscow, and they eagerly await news of her death. Instead of a telegram, however, the Grandmother herself arrives and, viewing the situation with a sober mind, resolves to disinherit the General. Intrigued by stories about roulette, she decides to see it with her own eyes. The Grandmother leaves the gaming house, having lost almost everything she had.

The General sees marriage of his step-daughter to the Marquis as the only solution to this desperate problem. But Polina, having been subjected to the attentions of the Marquis, now understands the utter lowliness of the man, and the fact that she owes him a large sum of money makes her dependence even more torturous. Alexei Ivanovich promises Polina to procure the money. In the casino he has the most fantastic luck: he breaks the bank – twenty thousand francs. Polina, however, sensing that this is not money from a man in love with her but from the gambler's good luck, throws it into Alexei Ivanovich's face.

Running time: 2 hours 30 minutes
The performance has one interval