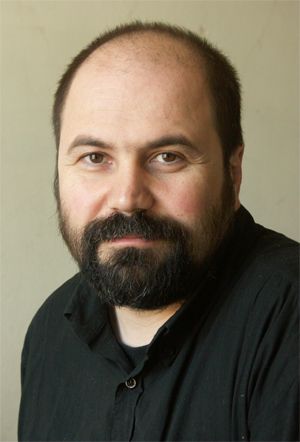 Margolin was a recipient of the Silver Medal at the 1995 Prague Quadrennial for his set designs in Le Cheval évanoui production at the Central Academic Theatre of the Russian Army. He took part in the Our Chekhov: Twenty Years Later exhibition which took The Golden Triga prize at 2007 Prague Quadrennial. The designer’s works for musical theatres have been nominated for a Golden Mask award many times. He won the award for his designs in Lady Macbeth of Mtsensk at the Rostov Musical Theatre (2005), Jenůfa and Dead Souls at the Mariinsky Theatre (2008, 2012), and Les Parapluies de Cherbourg at the Karambol Theatre (2010). Recipient of such Russian theatre awards as The Seagull (2007), Crystal Turandot (2008), Golden Sofit (for set designs in The Nose in 2004 and for set designs in Les Parapluies de Cherbourg in 2010), and the Oleg Tabakov Prize (2009).