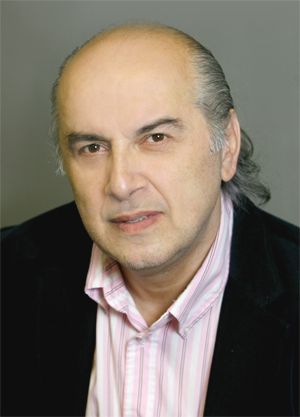 Graduated from the Leningrad State Rimsky-Korsakov Conservatoire.
Mariinsky Theatre soloist since 1989. His repertoire includes one hundred and twenty-four roles, among them Finn (Ruslan and Lyudmila), Andrei Khovansky and Vasily Golitsyn (Khovanshchina), the Pretender, Shuisky and the Simpleton (Boris Godunov), Bobyl Bakula (The Snow Maiden), Don Jerome (Betrothal in a Monastery), Platon Karatayev (War and Peace), Fyodor Karamazov (The Brothers Karamazov), Loge (as Rheingold), Mime (Das Rheingold and Siegfried), Herodes (Salome), Count Hauk-Šendorf (Věc Makropulos), Grishka Kuterma (The Legend of the Invisible City of Kitezh and the Maiden Fevronia), the Marquis (The Gambler) and a large number of chamber works by various composers.

Nikolai Gassiev has performed with the Mariinsky Opera Company at the Metropolitan Opera (New York), the Royal Opera House, Covent Garden (London), the Staatsoper in Hamburg and the Edinburgh Festival in addition to tours to Spain, Finland, Israel, Italy, the USA, France, Japan, Belgium, Austria, Korea, Portugal, Luxembourg, the Netherlands, Turkey and the Great Britain.

As a guest soloist he has appeared at the Metropolitan Opera (New York), La Scala (Milan), the Los Angeles Opera, the Opéra Bastille and the San Francisco Opera.

The singer has featured in recordings of the operas Betrothal in a Monastery, The Gambler, The Tsar’s Bride, The Maid of Pskov and Khovanshchina (Philips Classics).

For the role of Fyodor Karamazov in Alexander Smelkov's opera The Brothers Karamazov he was nominated for Russia's national Golden Mask theatre prize in the category "Best male role" (2008).
In 1994 he was named "performer of the year" by the Union of Theatre Workers of the Russian Federation for the roles of Grishka Kuterma (The Legend of the Invisible City of Kitezh and the Maiden Fevronia), Kashchey the Immortal (Kashchey the Immortal), Finn (Ruslan and Lyudmila) and Don Basilio (Le nozze di Figaro) in Mariinsky Theatre opera productions.