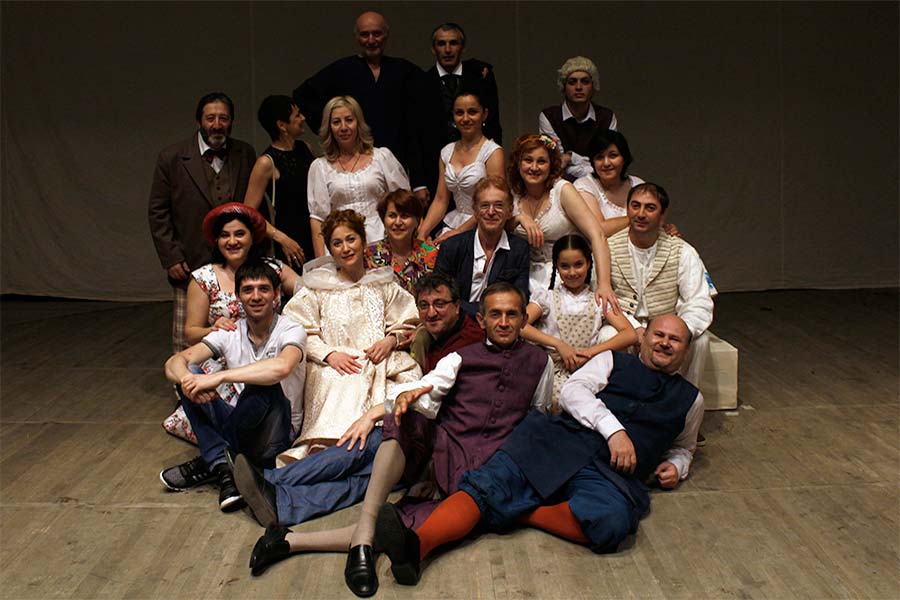 Performed in the Digorsky dialect of Ossetian

General Sponsor of the production: Taimuraz Bolloev
The theatre would like to express its deep gratitude to Kazbek Tsalikov and Sergei Takoev for their support of the project

Digorian Drama Theatre, the youngest one in North Ossetia, was founded in 1996 in Vladikavkaz. All the performances are played in Digorian dialect of the Ossetian language. The theatre tours the region extensively, performing even in the mountainous remote areas of Digoria (a province in Ossetia). The company opened its 19th season with the premiere of Don Giovanni staged by Alain Maratrat, French director who is sought-after by leading European theatres. He has been working with the Mariinsky Theatre for a long time, staging Il Viaggio a Reims, The Love for Three Oranges, Il Barbiere di Siviglia and Die Zauberflöte. The director first came to Ossetia to participate in Visiting Larisa Gergieva festival in Vladikavkaz that featured his Die Zauberflöte production. To step up this cooperation the director gave a number of master classes and staged Don Giovanni which will now be appreciated by the St Petersburg audience, too.