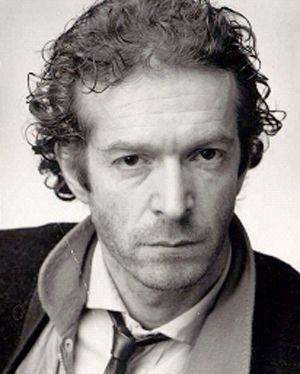 Stage Director
Graduated from the Institut National des Arts du Spectacle (INSAS) in Brussels. His first appearance as an actor was a role in Molière’s Don Juan (directed by Bernard Sobel, 1974). The same year, he joined Peter Brook’s company and featured in almost every production by the Centre International – Carmen in 1980, where he was also acting coach for the singers, Mahabharata in 1984, where he coached the company in martial arts, and Shakespeare’s The Tempest in 1987. In 2004, he played Trigorin in Chekhov’s The Seagull while in 2009 he appeared as Touchstone in Shakespeare’s As You Like It.
He has taken part in numerous TV projects as well as appearing in films of Michel Deville (La Petite Bande), Amos Gitai (Golem) and Claude Berri (Lucie Aubrac). In 1997 he spent several months in the Himalayas and Nepal, taking care of pre-filming work for Éric Valli’s film Himalaya: L’Enfance d’un chef. In 2003 he appeared as De Vlaminck in Alain Berbérian’s feature film L’Enquête corse.
As a director of operas he has staged productions of Prokofiev’s The Love for Three Oranges (1981, Lyon; 1995, San Francisco; 1998 Ravenna), Chabrier’s L’Étoile (1982, Edinburgh Festival), Offenbach’s Les Brigands (1987, Saint-Étienne), Passeport musical pour Paris on the libretto of which he collaborated with Mstislav Rostropovich (1991, Évian Festival; 1991, New York; 1993, St Petersburg), Martinů's Three Madrigals (1990, Lyon), Zarzuela, historia de un patio (1992, festivals in Vienna and Avignon; 1996, Lille) and Salieri’s Falstaff (2002, Orléans, Clermont-Ferrand), in addition to adapting the libretto for a French version of Kodály’s Háry János (1998, Strasbourg). At the Mariinsky Theatre he has staged productions of the operas Il viaggio a Reims by Rossini (co-production with the Théâtre du Châtelet in Paris, 2005; the production received the Golden Mask award in the categories “Best Opera Production” and “Best Work by a Director” as well as the Golden Sofit prize as “Best Opera Production”), Prokofiev’s The Love for Three Oranges (2007) and Mozart’s Die Zauberflöte (2008)Mozart’s and Rossini’s Il barbiere di Siviglia (2014).
Works in drama theatre include productions of Liliom by Ferenc Molnár (1991), Staline by Gaston Salvatore (1994) and Rencontres after motifs of plays by Goldoni (1995). In 1996 together with young actors and dancers of the Rosella Hightower School of Dance he staged a production of Goldoni’s The Dance Lesson, followed in 1999 by Romeo Was a Shoe-Shiner together with social centres in Pretoria (South Africa). In 2003 he staged Shakespeare’s play A Midsummer Night’s Dream (Vidy theatre, Lausanne). Between 2004 and 2014 he staged productions of Chekhov’s Three Sisters in Italy, Ibsen’s Peer Gynt in Geneva and Lausanne, Marivaux’ La Dispute in Lausanne (also performed on a tour of Switzerland), Shakespeare’s Twelfth Night in Berlin, Schiller’s Mary Stuart and Thomas Bernhard’s Fragments of Life in Lyon.
He enjoys an active career as a theatre instructor. (Conservatoire de Paris and the University of Columbia in New York among others). Has collaborated with the International Theatre Festival in São Paulo (1993, Brazil), the Pyotr Fomenko Theatre (1994, Moscow) and dancers, actors and singers of traditional Bali theatre (2000, Bali, Java).