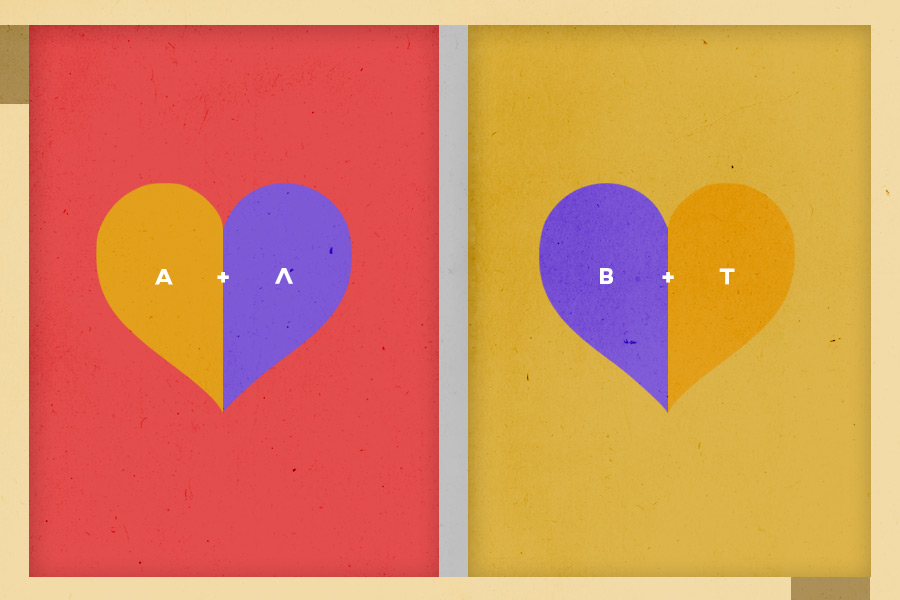 Music by Grigory Korchmar
Libretto by the composer, after Valentin Kataev's play

The composer Grigory Korchmar relates that "the one-act comic opera The Newlyweds was written almost fifty years ago, I was in my third year at the Leningrad Conservatoire (class of Professor Vadim Salmanov). At that time, the Conservatoire established the Chamber Opera Theatre, which staged specially commissioned works by student composers of the time – Gennady Banshchikov's comic opera Love and Silin and Valery Arzumanov's mono-opera Two. An offer to compose a short opera was also extended to me, and the plot was also suggested. But soon (apparently due to financial reasons) the theatre ceased to exist, my completed opera was not staged and the current production marks its first public performance.

"The opera is based on motifs from Valentin Kataev's play Squaring the Circle, which was written in 1927. The plot of this vaudeville is simple: two student friends (Vasya and Abram) live in a room in one of Moscow's countless hostels. On the same day, neither telling the other, they register their marriages with their partners (Lyudmila and Tonya, also students). Following a sequence of misunderstandings and scandals they all resolve to live in one room, partitioned in two, and each part of the opera ends with an idyllic scene of shared domestic bliss. But one month later everyone's eyes are opened: each of the newlyweds begins to understand that they have chosen the wrong partner for life. Ultimately Abram and Lyudmila fall in love with each other, as do Vasya and Tonya. (Hence the title of Kataev's play.) In Kataev's vaudeville there is yet another character – the crude 'peasant' poet Yemelian Chernozemny (in the style of the then-popular Demyan Bedny and Sergei Yesenin), who asks his student friends if he can stay the night and, not knowing all the circumstances, puts his foot in it, as they say, each and every time. In the text of Kataev's play, as well as in the opera's libretto, one can sense a subtle irony regarding the theory then being cultivated of so-called 'free love' as well as a very bold - for the time - mocking of ideological twists of the era of the rapid construction of socialism. (It is surprising that the censor of the day passed Kataev's play, and for a while it enjoyed great popularity.) Yet the quintessence of the idea behind this work lies in its final lines which are sung by all of the opera's characters:

To love, to suffer and to have fun
Is something for us all, comrades,
So why not laugh
At those who find it amusing!

"I really hope that the talented young performers, for whom, it seems, the theme of the opera should be close to their hearts, and the audiences will smile when they hear this music. And it is with nostalgia that I recall that distant and wonderful time as a student, when the opera The Newlyweds was composed with fervour and excitement, although it was considered to be a student work. Nevertheless, even today I carry with me a full sense of responsibility for this youthful opus."

Grigory Korchmar (1947–) is a St Petersburg composer, pianist, teacher and music and cultural figure. He studied at the St Petersburg State Rimsky-Korsakov Conservatoire in the classes of Vadim Salmanov (composition) and Pavel Serebryakova (piano). He is currently the Chair of the Union of Composers of St Petersburg, a professor at the faculty of composition of the St Petersburg Conservatoire, a chamber ensemble performer with the St Petersburg Soloists and long-serving Artistic Director of the international festival St Petersburg Musical Spring. Has composed works in various genres of theatre, symphony, choral and chamber music and works for children and young people, as well as producing numerous transcriptions of works by other composers.
For his significant contribution to the development of contemporary music he has been awarded the honorary title of "Honoured Artist of the Russian Federation" and the medal of the order "For Services to the Fatherland".