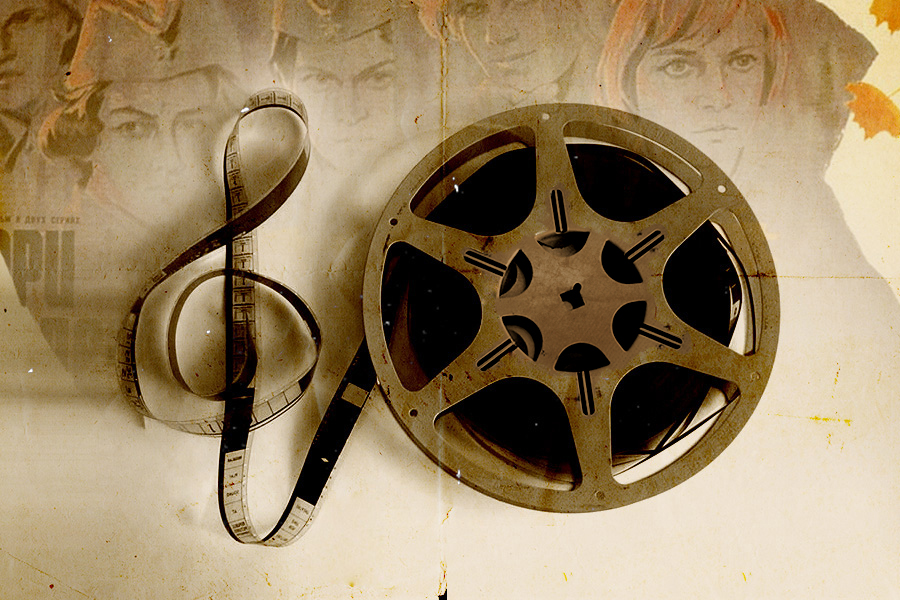 
Today the name of Kirill Vladimirovich Molchanov says little to wider audiences – perhaps only to professional musicians, and even then only to the older generation. Yet it suffices to recall just two or three songs – Here Come the Soldiers, Crossing the Scorched Steppe..., No Hiding from People in the Village or So Many Unmarried Men, and I Love a Married Man – and you will immediately find yourself singing a familiar melody with a smile on your lips. Isn’t that the best reward for a composer, when his songs are part of people’s lives – sung both on the stage and around a table with friends or even at a campfire to the strains of a guitar?
Kirill Molchanov (1922–1982) composed eight operas (among them The Stone Flower after Pavel Bazhov and Romeo, Juliet and Darkness after Jan Otčenášek’s The Unknown Soldier...), the ballets Three Cards and Macbeth, pieces for piano, song cycles, music for some dozen films (including It Happened in Penkovo, On the Seven Winds and We’ll Live till Monday) and thirty drama productions... On Saratov’s pedestrianised “Arbat” there is even a memorial to his song, while the tower clock on the banks of the River Volga chimes out “So many golden lights // On the streets of Saratov...”
Boris Vasiliev’s strident tale The Dawns Here Are Quiet about the feats of female anti-aircraft gunners was to provide the plot for Molchanov’s final opera. A talented opera composer and dramatist (he wrote the librettos for most of his operas himself), Molchanov had a brilliant sense for the specific nature of musical theatre and yet, remaining true to the songful nature of his gift, he made wide use of continuous art form techniques. He strove to employ cinematographic “influxes”, to use scenes from his characters’ pasts that break up the linear narrative – scenes of remembrance and montage-based dramaturgy.
The musical language of the opera is just as unique, adorned with quotations – here we have “everyday” song, variety performance and music of the baroque. Like a symbol of peaceful life, in the crystalline timbre of the glockenspiel we can hear Dunaevsky’s Cradle Song and, in the same episode, a chorale by Handel.
The composer “paints a portrait” of the opera’s heroines, in conformity with their characters and using musical “lexis” that is close to them. For example, the peasant girl Liza Brichkina is depicted through an extensive song and folk ditty, while Sonya Gurvich, in love with Blok’s poetry, is drawn with intonations of the Russian romance and Handel’s melodies. Zhenya Komelkova initially appears in a simple waltz, almost as if it had been lifted from some town dance hall; with a guitar in her hands, before the eyes of the audience she “makes up” a simple song in couplet form to the now legendary verse by Konstantin Simonov Wait for Me – a generalised image of the loyalty of a woman protecting a soldier. Rita Osyanina, recalling with pain the young son she has left at home, sings Dunaevsky’s touching Cradle Song from The Circus...
Initially, the girls react towards their commander the sergeant-major Vaskov with a great deal of irony. He is characterised by a march to words attributed almost to Alexander Vasilievich Orlov himself: “Oh warrior, living to serve! // Read the Service Regulations before you sleep. // And in the morning, rising up from sleep, // Read the Service Regulations more earnestly.” The elderly sergeant-major looks after the girls like a father, empathising with them and sharing tragic death with them... There is something of each of the girls in his intonations, though more than anything else they are close to folk sources with Russian roots. Thus in the scene with Liza Brichkina we suddenly hear notes of lyrical “sufferings”.
With sparse and niggardly means, the orchestra conveys the atmosphere of the plot and raises the emotional “temperature” of the opera. The “trumpet” leitmotif that opens the opera then springs to life in a slightly varied form in Rita Osyanina’s plea “Do not feel sorry for us!” to verse by the frontline poet Semyon Semyon Gudzenko. Supported by the strings and the solo trumpet, it sounds as if the author is speaking to us.
The prologue and epilogue that frame the opera in a contrasting light depict the peaceful days of the present – they have been won for us by those who gave their lives in battle against the enemy. The security of our own moral and spiritual health lie in this sense of the succession of one generation to the next and in the unfading memory of military victory. Iosif Raiskin

Running time: 1 hours 50 minutes
The concert has no interval