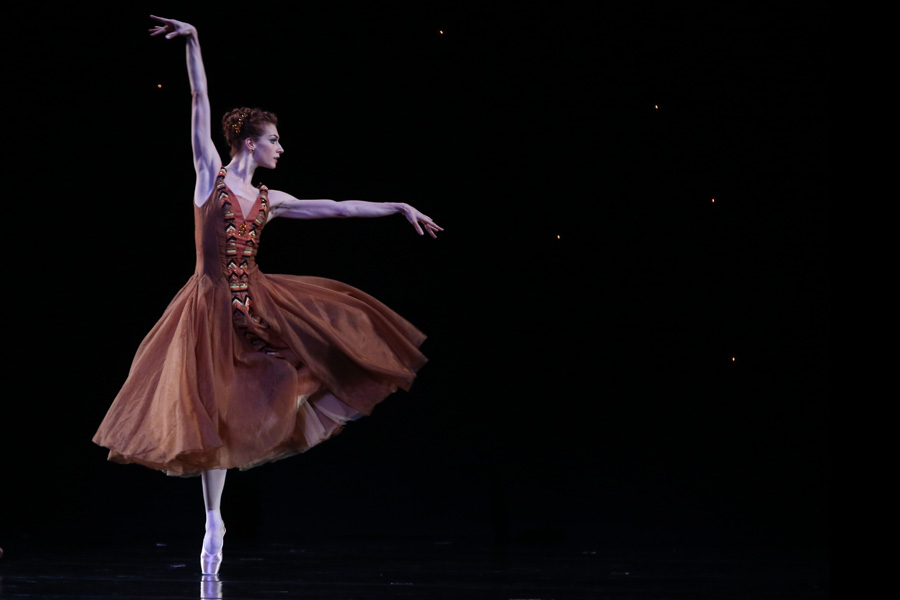 Concerto DSCH
In the Night
Symphony in C

ballet by Jerome Robbins set to music by Frédéric Chopin
Performance has been rescheduled from June 18, 2020

Prior to the appearance of this ballet in the Mariinsky Theatre repertoire, Russian audiences knew Jerome Robbins only as a hypostasis – Robbins-the-choreographer-of-musicals, Robbins-the-Broadway-triumph. Not for his “live” productions, of course, but rather for his film version of Westside Story, which caused a veritable furore in the cinemas of the Soviet Union. In 1992, the Mariinsky Theatre brought another Robbins to the country – Robbins the lyricist and the intellectual, one of the two leading figures at New York City Ballet. The man who took Chopin’s nocturnes and in 1970 created In the Night – a short ballet for three couples. Initially they appear on stage in turn, while in the finale they all dance at the same time. Each of the couples offers their own version of the dialogue between man and woman – and, impeccably reproducing the choreographic scene, all the performers bring their own ideas of paired relationships to these dialogues. The good-natured coquetry and the claims of divine service, competing in the dazzle and the childlike thirst for trust – all different people, and so every time In the Night looks just that little bit different from the previous display.
Anna Gordeyeva

Performed by permission of The Robbins Rights Trust