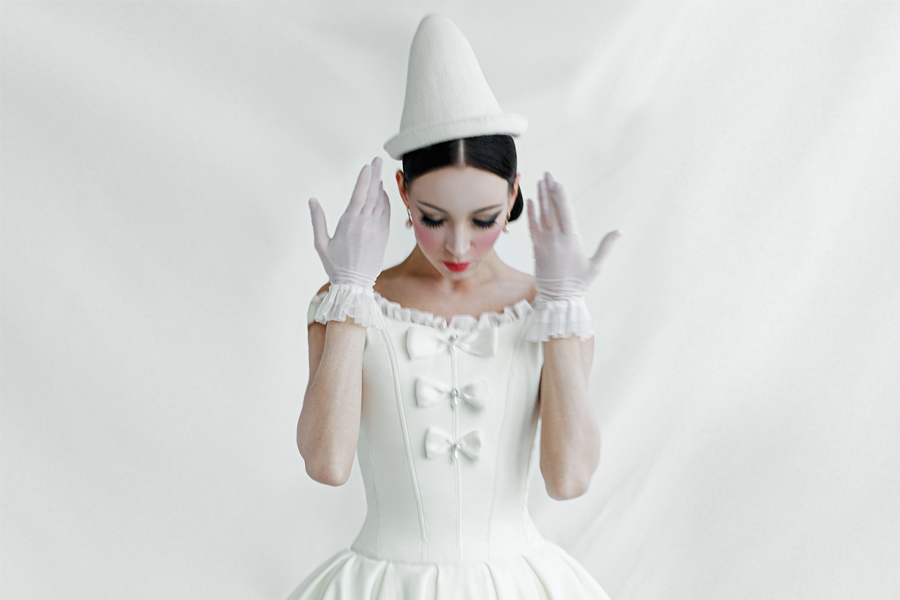 an evening of ballets to music by Igor Stravinsky

Ballet with Song in One Act
Music by Igor Stravinsky

Embankment of an Italian town. An elderly actor of a provincial theatre is returning home after another soirée performance and a night out spent in the noisy town. He entertains the early morning passer-bys on the embankment with his jokes and antics. The actor finds a Pulcinella mask in his bag, which prompts him to tell an amusing and touching story. He invites all the listeners to grab a seat and make themselves comfortable.

The inseparable friends Coviello and Florindo woo their respective beloved. They serenade the charming Rosetta and Prudenza, who are unimpressed and both rather look forward to seeing Pulcinella, everyone’s favorite charmer and jester. Street actors are dancing in the square.

When Pulcinella finally appears, the two women rush towards him, but Pulcinella only pokes fun at them as his heart belongs to Pimpinella. The jealous admirers of Rosetta and Prudenza decide to beat Pulcinella up out of spite. Pimpinella sees her lover acompanied by two women. Pulcinella tries to explain the situation and assures Pimpinella he loves her and her alone.

Coviello and Florindo arrive and interrupt the romantic scene between the two lovebirds. They start a row. Pulcinella accepts the fight, but is, alas, defeated. He is beaten by the two men, who suddenly get distracted hearing footsteps coming towards them. Seizing his chance, Pulcinella plays dead. Confused and dumbfounded, his assailants run away. Furbo sees unconscious Pulcinella and rushes to his aid. The two friends decide to play a trick on everyone and Furbo disguises himself as Pulcinella. Pimpinella is looking for her beloved Pulcinella and finds him unconscious. On hearing her cries, people run to help her. The poor fellow is taken to the doctor, who pronounces him dead. A magician suddenly appears and starts telling the citizens of his power and might. Pimpinella pleads with him to resurrect her Pulcinella. The magician agrees to help. He urges everyone to take part in the resurrection and together they bring Pulcinella back to life. Pulcinella attacks Coviello and Florindo and accuses them of perpetrating violence. He threatens that the magician will severely punish them for their crime. Terrified, Coviello and Florindo fall down on their knees. Pimpinella, Rosetta, and Prudenza beg the magician to spare the suitors, while the magician raises his hands to the sky. Pulcinella takes the hood off the magician’s head and finds that the magician is his double. Brimming with joy at the ingenious trick they played on the assailants, the two men run in different directions. The crowd is left confused and dazed; they try to guess which of the men was the real Pulcinella. The ladies run in pursuit of the men, determined to find out the truth. Scared and insulted, Coviello and Florindo also decide to disguise themselves as Pulcinella and play a similar thick on the pranksters. The night falls. Pimpinella is utterly exhausted by the search for her beloved. Rosetta and Prudenza have not succeeded in finding Pulcinella either. Then suddenly, Pulcinella appears. The women happily wave back at him. However, another Pulcinella chases after the first, and then the third Pulcinella appears. They all drop at the feet of the astonished women. Now each of them has her own Pulcinella. New Pulcinellas keep appearing, there are many of them; every single one tries to win the attention of the crowd, they fight and scream. The real Pulcinella appears. He is enraged and exposes the imposters by tearing their masks off their faces. The imposters flee in panic, with only three them remaining and hiding behind the back of Pimpinella, Rosetta, and Prudenza. The women takes their masks off and reveal Furbo, Coviello, and Florindo. Pulcinella reprimands Furbo for paying too much attention to Pimpinella. Coviello and Florindo apologise for their actions and explain that they wanted to win the affections of Rosetta and Prudenza by disguising themselves as Pulcinella. Furbo, dressed in a magician’s cloak, leads the festive parade. Pulcinella, Coviello, and Florindo propose marriage to their respective beloved and the women agree to marry them. The couples celebrate the wedding.

Pulcinella is a witty and jokester character of commedia dell'arte. Sergei Diaghilev granted this eccentric comedian a permanent residence at the music theatre. It was according to his request that Igor Stravinsky carried out his first discovery of the past and composed a score about the tricks of the commedia dell'arte character based on the music of Pergolesi and other composers of the 18th century. Stravinsky arranged the old music with his harmonies, but he said with modesty that “the remarkable thing about Pulcinella is not how much but how little has been added or changed.” For the choreographer Ilya Zhivoy, who presented his Pulcinella as a part of The creative workshop of the young choreographers, it was the music that determined the staging of this ballet. “Music in Pulcinella struck me as drastically different from Stravinsky’s other works (and I have heard almost all of his music written for theatre). – Ilya Zhivoi said. – I dreamt of staging a narrative ballet — and I did not have any prior experience of working with a piece of literature, with characters and personalities, — but I read the libretto of Pulcinella only after I had been inspired tov stage a production by the music.” The choreographer characterized his idea: “I really wanted to stage an airy, cheerful, and colourful ballet, which you can come to see with your family to have a good laugh.”