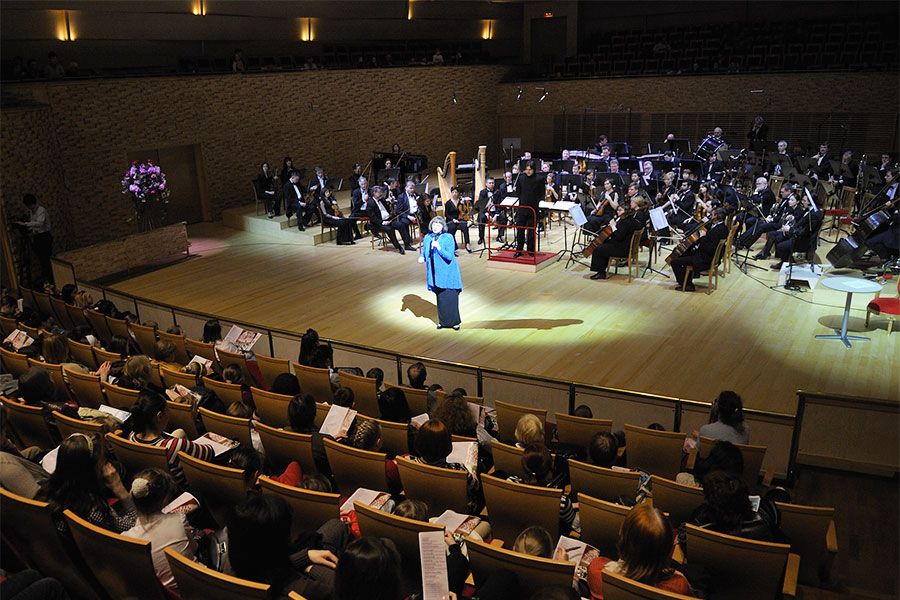 The Orchestra comes on stage

Theatre begins at the cloakroom. But how does a musical performance begin? Let’s think: the light in the large chandeliers is still lit, the heavy stage curtain is still down and musical sounds are already fluttering around the auditorium. Quick passages of the violins, flageolets of the cellos, short, trial fanfares of the trumpets... The orchestral musicians build this up and play it out before the start of the performance. And although the orchestra is a fully participating member of any musical work it is not barely visible from the auditorium, because it is located not on the stage but in a place with the secretive and even somewhat gloomy name of the “orchestra pit”. If you love and listen to music very often you will be able to differentiate the soft timbre of the viola from the noble and velvety voice of the cello as easily as you can tell the difference between Italian and Spanish.
The orchestra pit has its own rules and secrets. Do you want to learn more? Come to our concert. The Mariinsky Theatre Symphony Orchestra will be the lead “character” of a concert, coming on stage and revealing all its secrets.