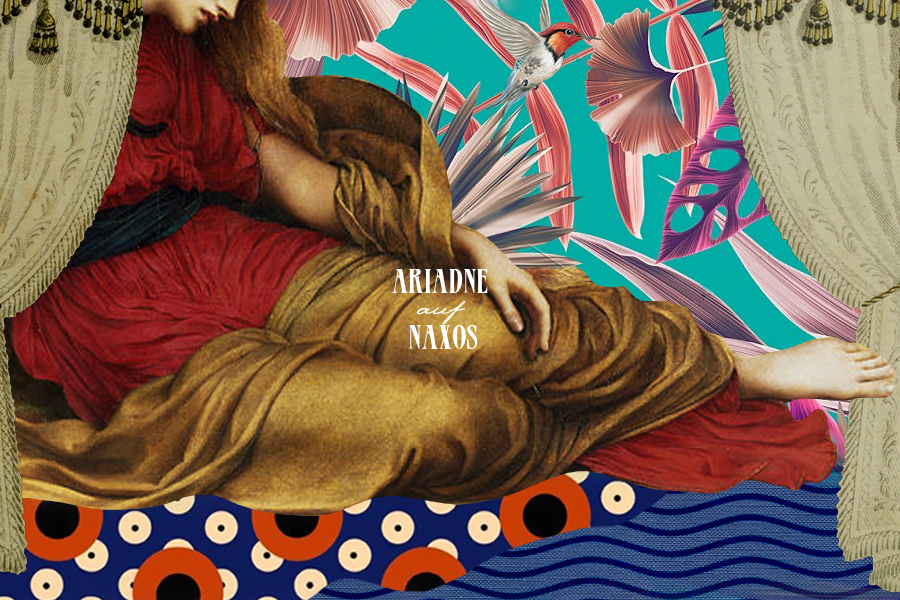 Performed in German (the concert will have synchronised Russian supertitle)

Following the triumphant success of the opera Der Rosenkavalier, Richard Strauss and his librettist, the decadent playwright Hugo von Hofmannsthal, staged a risky artistic experiment, creating a symbolist opera hybrid dissimilar to anything known at the time, a multi-layered operatic metaphor, an opera that declared an aesthetic manifesto and yet which simultaneously was a social satire – this was Ariadne auf Naxos.

Ariadne has come to be seen as a symbol of gratitude to Max Reinhardt: the reformist stage director had mounted the premiere of Der Rosenkavalier. Reinhardt had worked in theatre on Le Bourgeois Gentilhomme featuring music by Strauss; it had been proposed to give a position in the Turkish ceremony in the final act to the half-hour-long Ariadne auf Naxos. Von Hoffmannstahl's libretto, the first sketches of which Strauss received in May 1911, revealed no enthusiasm on the composer's side. Convincing his co-creator, the dramatist wrote him the famous "Ariadne-Brief", a letter in which he outlined his own opinion of the content of Ariadne. According to von Hofmannsthal, Ariadne auf Naxos was first and foremost an opera about loyalty: "Loyalty is torpidity and death. Whosoever wishes to live must reinvent himself, he must change: he must forget. And yet even that in constancy, in not-forgetting, and in faith, therein lies the depth of the value of mankind. This is one of those fathomless contradictions on which existence is based."

The none-too successful premiere (Stuttgart, October 1912) confirmed Strauss' fears, and his work on Ariadne continued a further four years. In the new version, any accreditation of Molière's play was abandoned; this was replaced by a Prologue, the action of which takes place in the house of a rich German merchant. As such, the opera consists of two parts – the arioso-recitative prologue and a single act, albeit noted that the second act is theatre within theatre, an ironic collage of opera seria and opera buffa, of tragedy and comedy. In the second version of Ariadne we become acquainted with the central character of the Composer; just like Octavian in Der Rosenkavalier, this is a parody role. The young Composer has created an opera commanded for a celebration; initially the idea of combining a lofty creation on a mythological antique subject with a frivolous show in the spirit of commedia dell'arte appears to him to be blasphemous. And yet the productive union of the lofty and the lowly, the heavenly and the worldly is still possible; this may be noted even in the prologue when the Composer submits to the charms of Zerbinetta. The role of the vertiginous coquette who sends off her four comedian seducers is one of the most demanding in the international soprano repertoire; the dizzying aria of Zerbгinetta "Großmächtige Prinzessin" is woven from highly complex coloraturas.

The second version of the opera was first presented on 4 October 1916 where the events of the Prologue unfold – Vienna. A Viennese intonation also imbues the melodically refined chamber music of Ariadne, the composer of which, as he himself declared, "stripped himself of Wagnerian armour", and he considered the music of the great Viennese classic Wolfgang Amadeus Mozart to be his own aesthetic ideal. Khristina Batyushina

Running time 2 hours 30 minutes
The concert has one interval