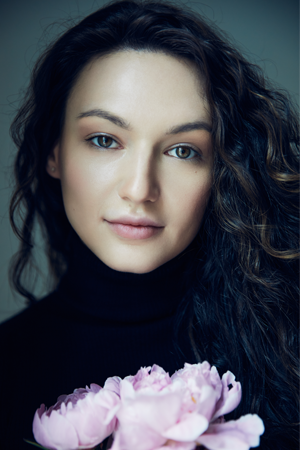 Ekaterina Sannikova was born in Ternopil (Ukraine) in 1992. She graduated from the St Petersburg State Rimsky-Korsakov Conservatoire (class of Olga Kondina).

During 2016/17 season she has appeared at the at the Conservatoire Theatre, Theatre Music Hall and Zazerkalie.

In September of 2017, Sannikova took part in the opening of a new season at the Opéra de Nice, where she performed Rachmaninoff’s Vocalise under the baton of Fabio Mastrangelo.

Since 2017 Sannikova has been a fellow of the Atkins Young Artists Program at the Mariinsky Theatre.