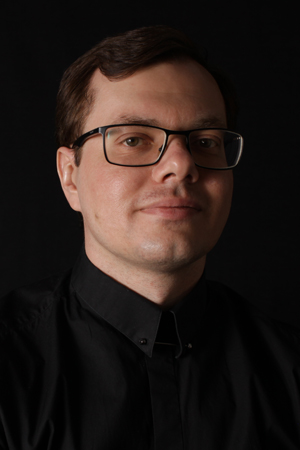 Sergey Neller is a Russian-born German composer, pianist and conductor.

In 2016 he won 2nd prize at the Gustav Mahler Conducting Competition in Bamberg (Germany). With the Bamberger Symphoniker he has recorded works by Shostakovich for the Bayerische Rundfunk.

Recent engagements include debuts with the South Netherlands Philharmonic, the Szczecin Philharmonic (Poland), the Janáček Philharmonic – Ostrava (Czech Republic), the Verbier Festival Junior Orchestra (Switzerland) and the Symphony Orchestras of Ulster (Great Britain), Oulu (Finland) and Nuremberg (Germany), with which Neller has also appeared as a pianist-conductor. In 2018 he made his debut in the USA with the Jacksonville Symphony (Florida).

As part of a master-class conducted by Daniele Gatti he appeared with the Royal Concertgebouw Orchestra in Amsterdam. His other mentors include such luminary figures as Neeme Järvi, Vladimir Jurowski, Yannick Nézet-Séguin, Jorma Panula, Gennady Rozhdestvensky, Sir Simon Rattle and David Zinman.

In 2019 he made his debut at the Národní Divadlo theatre in Prague, appearing as the music director and conductor of a new production of Rodion Shchedrin’s opera Lolita.

Composer of the opera Tintagiles after the play La Mort de Tintagiles by Maurice Maeterlinck, staged in 2006 at Moscow’s Helikon-Opera, and the opera Phaedra to a libretto by Alexey Parin. As a pianist he has performed in Europe, Russia and the USA.