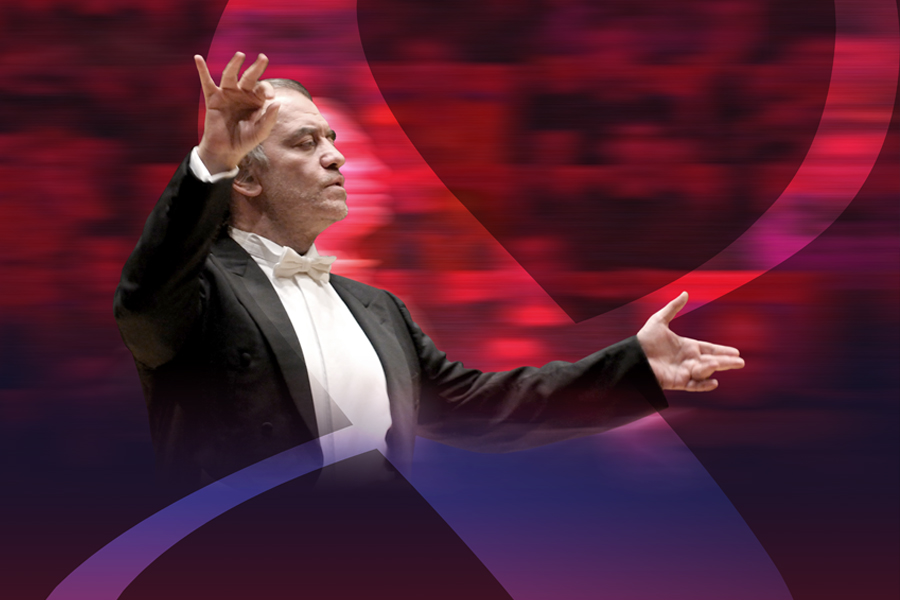 Gustav Mahler’s Eighth Symphony is often compared and placed alongside Beethoven’s Ninth and its culminating Ode to Joy. The composer believed that the Eighth Symphony would become a lofty ode to mankind, his creative spirit, an ode to beauty and to Goethe’s “eternal femininity”. It was also conceived by Mahler as a “symphony of symphonies”, a crowning symphonic epic which the composer had created over two decades. In other words, the Eighth Symphony was allotted the role of the finale of the super-series of all of Mahler’s symphonies.
The idea demanded that the composer find huge performing resources: an enlarged symphony orchestra, an organ, two mixed choruses, a boys’ chorus and soloists – three sopranos, two altos, a tenor, a baritone and a bass. Written in summer 1906, the symphony was first performed in Munich on 12 September 1910. The premiere met with triumphant success. With the light hand of the impresario, the Eighth received the title “Symphony of a Thousand”, a name rejected by Mahler himself as too much of an advertisement. But at the same time, the composer underlined the truly universal scale of his work. In a letter to Dutch conductor Willem Mengelberg, Mahler wrote: “I have just finished my Eighth Symphony – the most magnificent of anything I have yet written. The work is so unique in terms of content and form that it is impossible to speak of it, even in a letter. It seems as if the entire universe begins to sound and ring; it is not just human voices singing, but the planets rotating and the sun…”
Iosif Raiskin