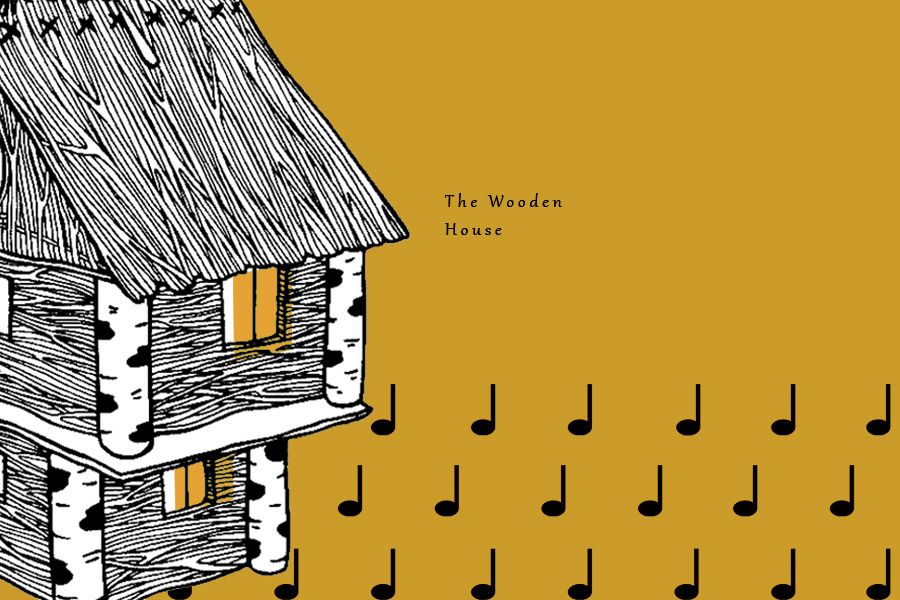 The Mouse's burrow has become too small and she needs a new home. She has seen a tower-house uninhabited by anyone and has moved in. The opera-singing Croaking Frog has had enough of living in the swamp: it's lonely and damp there, and she has to take care of her voice. She has asked to live in the tower-house with the Mouse, promising to sing her songs. The friends have asked Petya the pompous and boastful Cockerel to guard the tower-house and wake everyone up in the morning. In the tower-house there is also room for the Hare, who has been drenched by the rain. The actress Fox has also come to live in the tower-house. She has promised that she won't eat anyone because she has to keep an eye on her figure. The last beast the animals summon is the Old Pirate Wolf and they all live together well. But there is no room for the big and clumsy bear in the tower-house. He decides to move onto the roof, but in trying to get up there he destroys the entire house. The animals beg him not to be upset and decide to build a new house with room for all.

The Wooden House is one of those tales that are read to very young children. It is unsurprising that, having come up with the idea of an opera for the very young, the composer Leonid Klinichev turned specifically to this tale. Following The Little Prince, it was his second work created especially for young audiences.
The libretto, as was the case with the preceding work, was written by the composer's daughter Madina Klinicheva. "I set myself a task: it has to be unusually visual, vivid and flashy so that each character has his or her own precise persona," the composer reflected, "And I have to admit that she succeeded."
Some small changes have been made to the plot of the tale, making it more accessible to the children of the present day. For example, in the opera there is the Fox who is keeping an eye on her figure, the cowardly but boastful Hare and the opera-singing Frog who takes great care to preserve her voice. In addition to the characters familiar to all from childhood, the opera features two clowns – one sad and one happy. They are the ones who address the young audiences, encouraging them to take part in the plot.
Olga Vokina