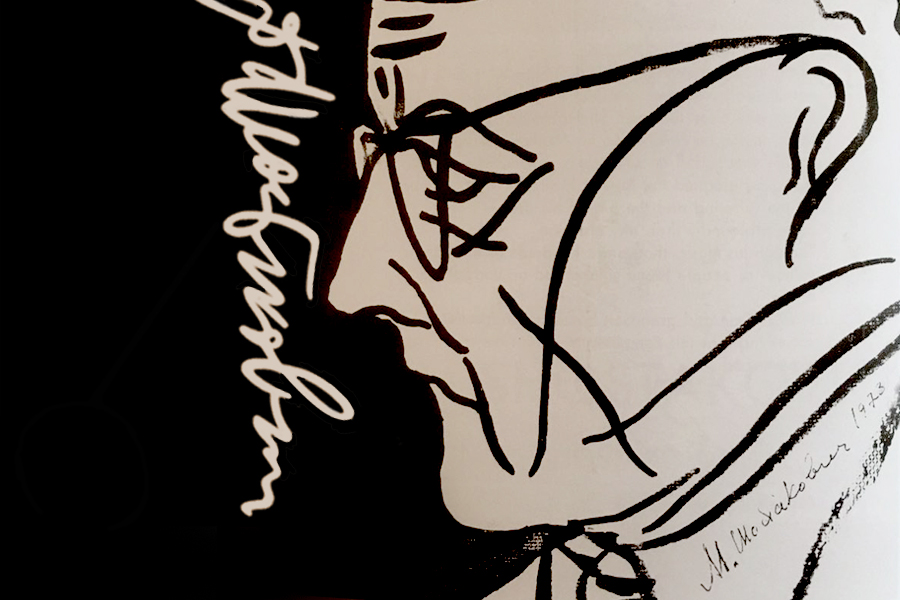 Marking 111 years since the birth of Dmitry Shostakovich

The opera Rothschild's Violin is the only surviving work by Veniamin Fleishman (1913–1941). Coming from a religious Jewish family (his father was a Rabbi in a synagogue), Fleishman was born in the small town of Bezhetsk. He entered the Leningrad Conservatoire in 1937 and together with Georgy Sviridov, Galina Ustvolskaya and Orest Yevlakhov was among the first students of Shostakovich who had just begun to teach at  the faculty of composition. It was Dmitry Shostakovich who proposed he write an opera based on Rothschild's Violin. Both composers were fascinated by the works of Chekhov, and Shostakovich himself planned to write an opera based on The Black Monk (an idea which never came to fruition).
The plot of the tale was close to Fleishman, who, like the protagonist, had once performed the violin at  weddings and funerals in a provincial town. Work on the opera so completely absorbed the young composer that for two years this piece was the only work in his academic study plan. Fleishman almost entirely completed the clavier and had begun the orchestration when war broke out. The composer went to the front as a volunteer and in the autumn of 1941 he died near Krasnoe Selo. The manuscript of Rothschild's Violin remained in besieged Leningrad. At the request of Shostakovich, who was greatly concerned about the opus of his favourite student, he was sent a copy. Dmitry Dmitrievich considered it his duty to complete and orchestrate the opera, later having it performed (1960) and ensuring the publication of the clavier (1965).
It is unknown whether the stylistic similarity of Fleishman and Shostakovich's music can be explained by the influence of the teacher on the student or whether Shostakovich in completing the work amended it greatly. Probably both theories are true, and at  least the opera's symphonic finale – reminiscent of Lady Macbeth of Mtsensk – was probably composed by him. Apropos, the influence was mutual, and ever since working on Rothschild's Violin Jewish motifs became firmly entrenched in Shostakovich's musical language.
Anastasia Spiridonova