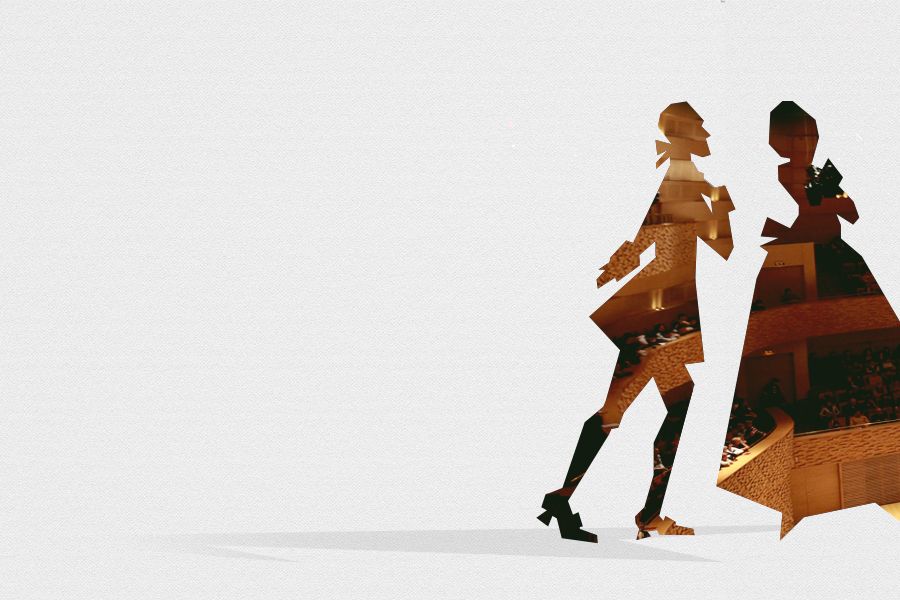 Act I
The mansion of Madame la Comtesse de la Haltière
Pandolfe laments his destiny. He has married an aristocrat and now knows no peace. For days, his wife has been berating him for his low rank, extolling her own first husband and daughters. Madame la Comtesse de la Haltière torments Pandolfe's daughter Lucette from his first marriage, forcing her to perform heavy-duty tasks, and calls her Cendrillon.
The countess and her daughters, Noémie and Dorothée, are preparing for a royal ball. After their departure, Cendrillon commences her duties and then, tired, falls asleep. Accompanied by magical spirits, Cendrillon's godmother the Fairy appears. Cendrillon is worthy of attending the royal ball. The Fairy adorns her in a beautiful dress and presents her with magic slippers that will make her unrecognisable. Sending Cendrillon off to the ball, she warns the girl that at midnight she must leave the palace at all costs.

Act II
The Royal Palace
At the Royal Palace everything is ready for the ball. Courtiers, doctors and ministers try to amuse the Prince, who has been melancholy for many days. The King enters and indicates that the ball should start. Cendrillon appears. Seeing her, the Prince cannot tear his eyes away from her, and she replies in kind. Cendrillon and the Prince are so absorbed with one another that they do not see how the time is flying by. Suddenly the clock chimes midnight. Cendrillon flees.

Act III
Scene 1. The mansion of Madame la Comtesse de la Haltière
Cendrillon returns from the ball recalling her impressions of meeting the Prince. She was in such haste to leave the palace that she has lost a slipper. Soon the countess and her daughters return home. They discuss the events at the ball and talk about how briefly the Prince was charmed by a mysterious stranger and that after her departure he forgot her. Cendrillon is in despair. Left alone, she resolves to leave the house and die under the fairies' oak.
Scene 2. A magical kingdom
The Fairy and the magical spirits decide to help Cendrillon and the Prince meet once again. They pronounce a magic spell – and Cendrillon and the Prince appear in the forest. A wall of flowers grows up between the lovers, preventing them from seeing each other. Cendrillon and the Prince exchange declarations of love, and then the Fairy immerses them in a magical dream.

Act IV
Scene 1. The mansion of Madame la Comtesse de la Haltière
Cendrillon has been found sleeping in the forest next to a stream and has been brought home. Waking up from her long dream, she believes that her meeting the Prince has been a figment of her imagination. Pandolfe tries to console her. Suddenly the voice of a herald is heard from the street; he is summoning young ladies from different countries to the palace for them to try on the single enchanted slipper. Cendrillon understands that all these events did, in fact, truly happen to her.
Scene 2. The Royal Palace
The young ladies assemble at the palace, and the Prince is delighted to recognise Cendrillon among them. The lovers are reunited.


Running time 2 hours 45 minutes
The performance has one interval