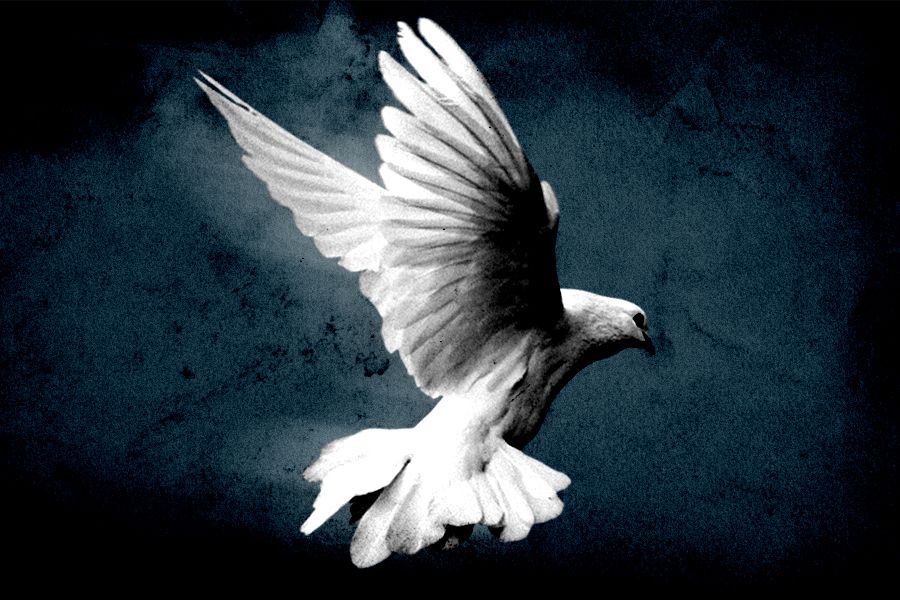 Jenkins. A Mass for Peace The Armed Man

The chorus of the Beeline company
Artistic Directors: Mark Ilansky and Boris Tarakanov

The State Chamber Chorus of the Republic of Tatarstan
Artistic Director: Milyausha Tamindarova

The Male Chorus of the Metropolitan of Voronezh
Artistic Director: Serafim Dubanov

PROGRAMME:
Karl Jenkins
A Mass for Peace The Armed Man

The Armed Man is an oratorio work which bears the secondary title A Mass for Peace. Karl Jenkins was commissioned to write it by the Royal Armouries Museum for the millennium celebrations and it is dedicated to victims of the war in Kosovo. While not a religious work in itself, The Armed Man does include excerpts from Catholic mass – the tracks Kyrie, Sanctus, Agnus Dei and Benedictus. The title The Armed Man comes from the name of the first track, which uses the 15th century French soldiers’ song L’Homme armé. This famous theme formed the basis of numerous masses from the 16th and 17th centuries.
Jenkins strove to make his opus multicultural, stressing the universal nature of a basic anti-war concept. For example, alongside the Christian prayers there is the Moslem call to prayer Allahu Akbar. Biblical texts in English are used, as is verse by Kipling, Dryden, Swift, Tennyson and other authors, among whom the verse of Sankichi Toge sounds particularly piercing; he survived Hiroshima, but later died from leukaemia. The horror of the consuming fire is expressed in the words of an ancient Japanese epos that describes the suffering of animals which perish in a fire.
The mass begins with the stomping of soldiers’ boots. The soldiers’ march is accompanied by a song, the melody of which Jenkins initially gives to the piccolo flute, imitating a military orchestra. The army draws closer and we can hear the thunder of the drums. The volume rises with each new use of the theme, collapsing at the end of the track with a triple forte. Amid the utter silence, the muezzin calls the people to prayer. Following the Moslems it is the Christians who pray. The composer stylises early church music: the polyphony of the Palestrina (in the section Christe eleison) and Gregorian chorale (psalms). But the prayers addressed to God are not always about peace: the warriors ask God to bless their victory for their nation. Jenkins shows us the image of a “noble warrior”, a romanticised warrior. But war is Hell: in the sixth track a veritable cannonade commences with cries of “Load!” then the thunder of weapons and the roar of the trumpets. This is the “apotheosis of war”, the triumph of death: the screams of the dying, full of horror, may be heard. A decisive moment comes: between the seventh and eight tracks Jenkins inserted thirty seconds of complete silence, after which the solo trumpet plays The Last Post – a melody which in Great Britain is performed at military funerals. And immediately after this an eyewitness tells of the fall of Hiroshima. The last tracks of the mass express hope for the transformation of humankind, for a life without war. We hear a familiar motif from the song L’Homme armé, but with new lyrics that bear a simple truth: “Rather peace than war.”
Khristina Strekalovskaya

The Chorus of the St Petersburg State University
The Chorus of the St Petersburg State University is one of the oldest amateur choruses in Russia. It was founded in 1889 and comprises two ensembles – the student chorus and the graduate chorus. Since 1994 Edward Krotman has been Artistic Director and Conductor of the chorus. Under his baton the chorus frequently performs concerts, collaborating with the finest orchestras and conductors both in Russia and abroad. It has appeared in France, Poland, Spain, Italy and the USA in addition to singing at a papal mass in the Vatican.
In December 2009 the chorus took part in the premiere of Karl Jenkins’ The Armed Man: A Mass for Peace (together with the St Petersburg Gubernatorial Orchestra) at the Great Hall of the St Petersburg Philharmonic. In January 2010 it took part in the premiere of Jenkins’ Requiem at the same venue, while in 2015 it featured in the premiere of his oratorio The Peacemakers. In January 2015 the chorus performed works by Jenkins at Carnegie Hall in New York.
People’s Ensemble of Russia. Prize-winner at All-Russian and international competitions.

The State Chamber Chorus of the Republic of Tatarstan
The State Chamber Chorus of the Republic of Tatarstan in all of the republic’s significant cultural events. Its repertoire includes works by Beethoven, Mozart, Haydn, Rachmaninoff, Fauré, Saint-Saëns, Orff, Donizetti, Rimsky-Korsakov, Taneyev, Schnittke and Shamil Timerbulatov. The chorus frequently performs music by Tatar composers and appears in towns in Tatarstan and other Russian regions.
The ensemble has taken part in the festivals Neva Choral Ensembles (St Petersburg), The Creation of the World, Kremlin-Life and Music of Faith (Kazan), The Singing Field of Prikamye (Perm), the Moscow Easter Festival, the International Fyodor Chaliapin Opera Festival (Kazan), the Kazan Golden Minbar International Islamic Film Festival and the Organ+ international festival of organ music in Perm; has appeared at the World Summer Universiade and the world water sports championship in Kazan.
Together with the State Symphony Orchestra of the Republic of Tatarstan the chorus appeared in the premiere of Zulfia Raupova’s opera White Wolf.

The St Petersburg Radio and TV Children’s Chorus
The St Petersburg Radio and TV Children’s Chorus was founded in 1955 and was the first children’s chorus to feature in the USSR’s broadcasting system. The ensemble has collaborated with such outstanding musicians as Yuri Slavnitsky and Isaak Dunayevsky. Currently the chorus takes part in choral and symphony music concerts, operas, plays and other official events. The ensemble tours throughout Russia and to Japan, the USA and Europe.
The chorus’ repertoire includes works from various eras and styles, such as Britten’s War Requiem and the cantata Ceremony of Carols, Mahler’s Third and Eighth Symphonies and Orff’s Carmina Burana.
The St Petersburg Radio and TV Children’s Chorus is a regular participant in Mariinsky Theatre performances of A Midsummer Night’s Dream (choreography by George Balanchine), The Nutcracker (production by Mihail Chemiakin), А True Story about Cinderella (directed by Arkady Gevondov) and The Queen of Spades.