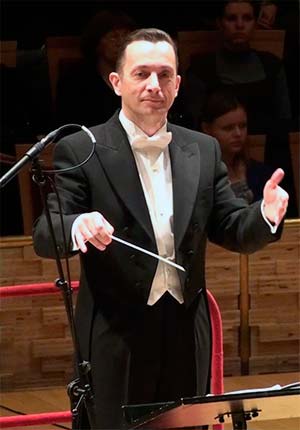 Edward Krotman was born in 1968 in Leningrad. In 1986 he graduated from the Choral School of the State Academic Glinka Cappella and in 1992 he graduated from the St Petersburg Rimsky-Korsakov Conservatoire; two years after that he completed an assistant traineeship, specialising as a choral conductor. In 1991 he received a diploma and special prize at the International Choral Conducting Competition in Tallinn.

From 1994-1999 he was Principal Chorus Master of the St Petersburg Conservatoire Opera and Ballet and from 2000–2004 he was Artistic Director of the Smolny Cathedral Chamber Chorus. From 1985 he has been a chorus master at the St Petersburg State University, since 1994 he has been Artistic Director of the university’s student chorus and since 2007 he has directed the graduates’ chorus.