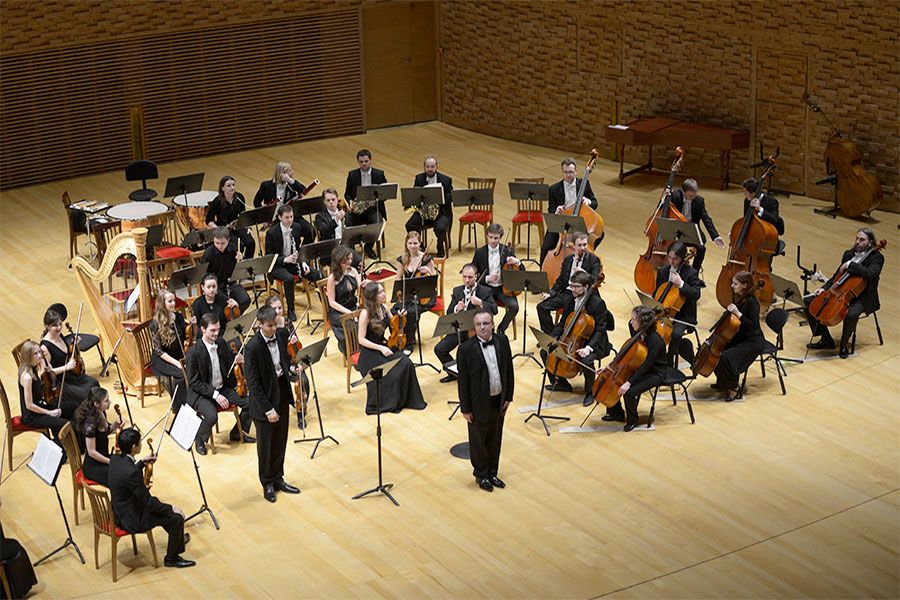 Franz Schubert
Symphony No 5 in B Flat Major, D 485

The Mariinsky Youth Philharmonic was founded in 1999 on the initiative of Valery Gergiev with the aim of training the next generation of theatre musicians and perfecting their performing skills. From that day to this, the orchestra has seen a constant flow of new young musicians. Since its inception, the orchestra has been conducted by such maestri as Gianandrea Noseda, Algirdas Paulavičius and Valery Gergiev himself, thus ensuring the continuity of traditions and involving young performers in the established routine of theatre life. The orchestra has also been conducted by Vladimir Feltsman, François Xavier-Roth, Kazuhiko Komatsu, Daniel Smith and young conductors from Russia, the USA, Greece and China who trained under Ilya Musin.
The orchestra made its first independent appearance in 1999 at the Stars of the White Nights festival when it featured in a performance of the opera Le nozze di Figaro. That same year saw the Youth Philharmonic Orchestra undertake its first tour to cities in Italy. The ensemble went on to perform in Finland, Germany and Japan.
The 2013–2014 season, thanks to the opening of the Mariinsky II and the need to provide concert programmes at all three of the theatre’s venues, the orchestra now has increased opportunities to present the public with its own unique programmes.