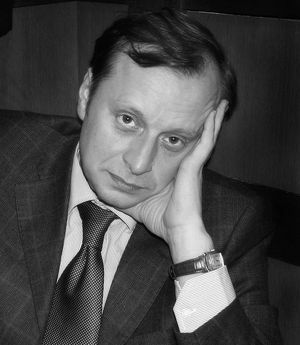 Oleg Sendetsky was born in Leningrad. In 1980 he graduated from the Rimsky-Korsakov Music College where he studied under Prof. Emmanuil Fishman and in 1988 from the Leningrad Conservatoire taught by Prof. Iosif Levinzon. In 1989–1990 he perfected his art in Geneva under François Guye.

Member of the Klassika orchestra from 1984 to 1986, Soloists of St. Petersburg chamber ensemble from 1987 to 1999, Mussorgsky (currently Mikhailovsky) theatre orchestra from 1996 to 1999. Since 1999 he has been Principal Cello of the Mariinsky Orchestra.

He performed recitals in Russia, USA, Japan, Germany, France, participated in musical festivals including Stars of the White Nights, St. Petersburg Musical Spring and From the Avant-Garde to the Present Day. He collaborated with major performers and conductors including Valery Gergiev, Mark Minkowski, Denis Matsuev, Boris Berezovsky, Pavel Nersesyan, David Geringas. As a member of the Mariinsky Orchestra he participated in numerous CD and DVD recordings, performing orchestral cello solos in the Shostakovich’s First and Fifteenth symphonies, Strauss’ Don Quixote and many other works. In 2016 his solo CD was issued featuring works by Johannes Brahms.