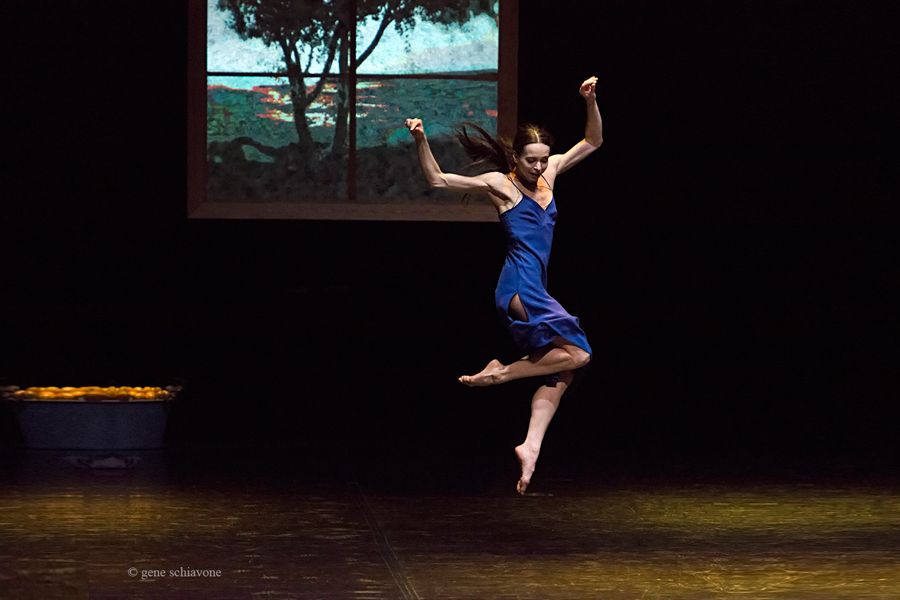 Diana Vishneva: On the Edge

II. Woman in a Room

Diana Vishneva: On the Edge continues a series of individual projects by Diana Vishneva, Prima Ballerina of the Mariinsky Theatre and American Ballet Theatre, People’s Artist of Russia. Her previous projects Beauty in Motion and Dialogues have won great praise from the public and critics alike, receiving no less than five Golden Mask awards in various nominations. In the project On the Edge, the renowned ballerina will continue to assimilate new choreographic language in the field of contemporary dance. The title of the project actually conceals its main aim – to reveal and embody new facets of the ballerina’s skill.

The production involves the acclaimed French choreographer and Director of the Ballets de Monte-Carlo Jean-Christophe Maillot and Carolyn Carlson, an American choreographer whose creative life has generally been connected with Europe. Both choreographers have created original works for Diana Vishneva. Jean-Christophe Maillot’s one-act ballet Switch is set to music by Danny Elfman, an acclaimed American composer and Oscar recipient. He has composed the music for all of Tim Burton’s films and animations as well as for the cartoon series The Simpsons, the serial Desperate Housewives and the films Mission: Impossible, Men in Black and Wanted among others. It is worth noting that some of the music material used in the ballet Switch has never been performed before. The set designs were created by French designer Alain Lagarde. The production also features dancers of the Ballets de Monte-Carlo Bernice Coppieters and Gaëtan Morlotti.

Rehearsals have taken place in Monte-Carlo, Paris, Moscow and the Segerstrom Center for the Arts (California), where the project saw its world premiere on 6 November 2013. The same year saw the European premiere at the famous Opéra de Monte-Carlo.