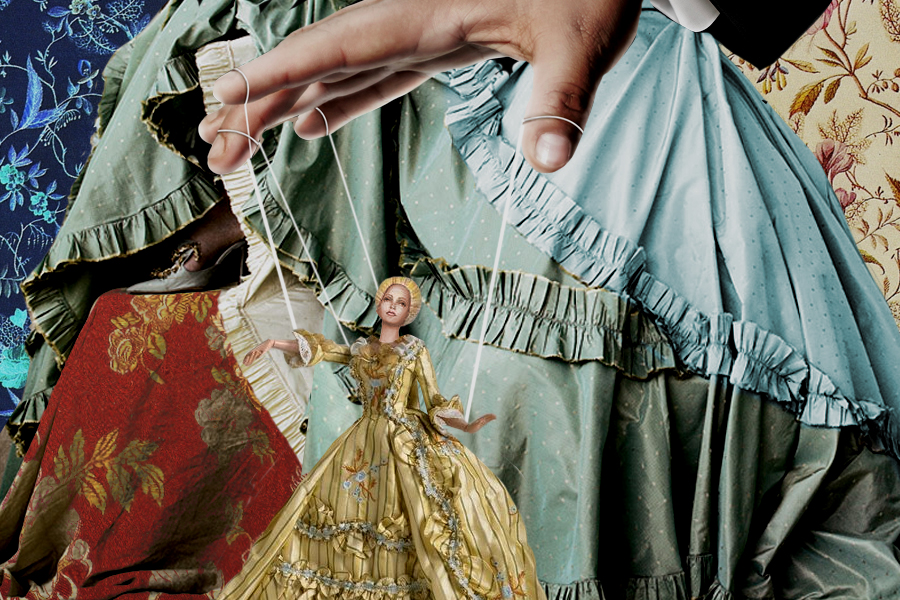 Komödie mit Musik in one act

Frank the impresario has received a long-awaited invitation to attend a festival in the town of Rumburg ("Town of Glory"). He is totally perplexed, because right now his entire company comprises just one single person, the comic actor Buff. The ever-resilient and practical Buff takes it upon himself to organise an audition for the singers. One after another, candidates with symbolically meaningful names – Madame Herz ("Heart"), Mademoiselle Silberklang ("Silvern Sound"), Monsieur Vogelsang ("Birdsong") – arrive at the "audition". Each demonstrates his or her qualities, and each wants to be the lead – as well as the highest-paid. The competitive battle for status and fees results in discord, but Frank pacifies everyone with his call to abandon personal ambition and serve art together.

The public have always wanted to know what happens on "the other side of the curtain", and they are particularly drawn by theatre rumours, scandals and intrigues. It was just the same two and three centuries ago. In 1786 the Austrian Emperor Josef II organised a competition between Mozart and Salieri, commissioning both to compose one-act operas based on backstage plots. At the time, Salieri was the vinner, but the judge of time – rightly or wrongly – awarded victory to Mozart.

Mozart's singspiel Der Schauspieldirektor, which was presented at that competition, was composed to an ageless plot: the impressario (or producer as one would say today) Frank is running an audition for his new company. Each female singer wants to be the prima donna and the men all want to be the male lead, and to achieve this aim and receive a mighty fee they are ready to undertake anything. Of course, in the finale friendship prevails.

In a singspiel the cast not only sings, but speaks too, and so the peripeteia of the plot are comprehensible even to an inexperienced observer. Competing with each other, the singers perform the greatest arias in their repertoires, which means that popular operatic pieces are included in the production. And the fact that the plot unfolds on a theatre stage during rehearsals allows the cast to play out this story using any theatre sets, including those of the production being performed in the evening.

Thanks to its short duration, vivid plot intrigue and virtuoso arias bordering on vocal trick, this opera may be an ideal choice for a first visit to the Mariinsky Theatre.