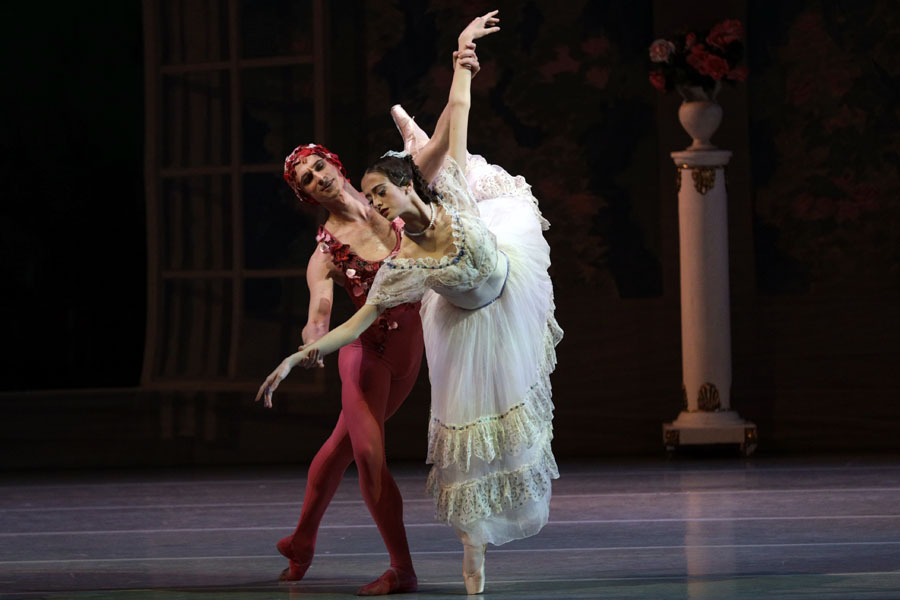 “Her eyes closed, the Girl seeks out her Spectre, summoning him. In none of the movements does the Spectre resemble a typical dancer performing his variations for the pleasure of the audience. He is a spirit. He is a dream. He is the scent of a rose, the caress of its delicate petals,” described Michel Fokine his Le Spectre de la rose. He got the idea from a poem by the Romantic poet Théophile Gautier:
Je suis le spectre d'une rose
Que tu portais hier au bal.
The short ballet created in 1911 for Les saisons russes became emblematic for the Diaghilev’s company. Tamara Karsavina danced the Young Girl with melancholy languor and created the dream-like and memory-like atmosphere of the ballet. Vaslav Nijinsky’s spectacular leap made the audiences ecstatic, while the dancer’s ingenious portrayal of the Spectre forever remained in ballet history. The images of the first duet from the famous playbill drawn by Jean Cocteau for many Europeans in the 20th century symbolized all things innovative in ballet at the time.