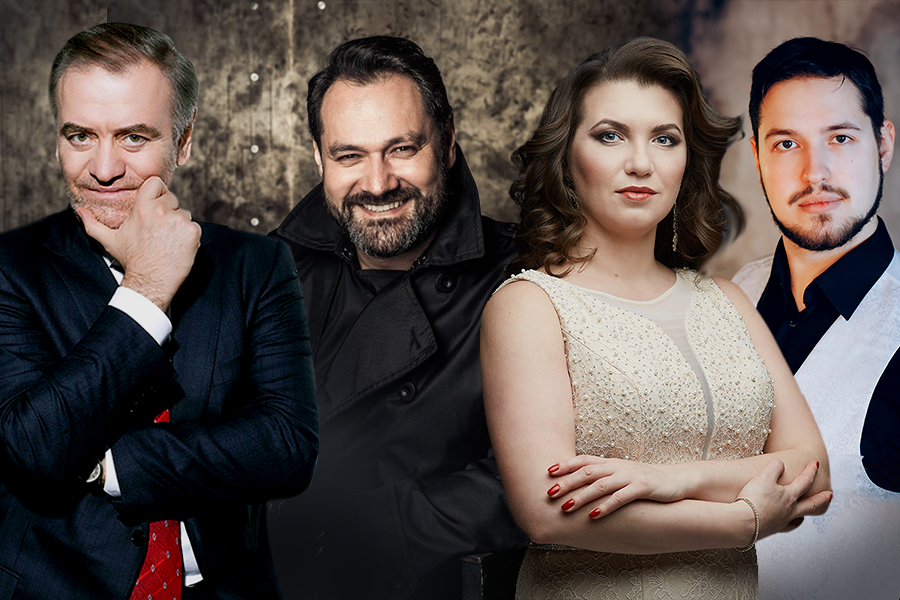 Performed in French (the performance will have synchronised Russian supertitles)

The theme of Faust is a recurrent theme in music of the 19th century. The great French Romantic composer Hector Berlioz is also among those who worked with this eternal motif. Having read the first French translation of Goethe’s masterpiece, Berlioz was instantly obsessed. After a series of works based on Faust, he composed the grand opera-oratorio La damnation de Faust (1846) and ultimately called his original four-part work a "légende dramatique."

The three main characters (Faust, Méphistophélès, and Marguerite) and one minor character (Brander), who appears at Auerbach's tavern, are the only soloists; choral and symphonic scenes have great significance in the work. Berlioz thought of the legend of Faust not as of a religious and philosophical work, but rather a romantic story which let his imagination run rampant. The images invoked by the concert performance of the opera-oratorio in the mind of all the spectators would probably be more vivid than any stage decorations. Think about the final scene of Méphistophélès and Faust furiously riding their demonic horses and the subsequent scene in hell. The Rákóczi March was wildly popular during Berlioz’s lifetime and the composer even changed the setting for Hungary in order to incorporate it in La damnation de Faust. Menuet des follets and Ballet des sylphs, the theme of which is parodied in Saint-Saëns’ Le carnaval des animaux (L'Éléphant), are often performed at symphonic concerts.

The Paris premiere of La damnation de Faust was such a failure that Berlioz could avoid bankruptcy only by going on a triumphant tour throughout Russia. The St Petersburg public did ardently support the eccentric French composer. La damnation de Faust premiered in Russia in 1890. The légende dramatique was performed at the Mariinsky Theatre under the baton of Eduard Nápravník. The Mariinsky Theatre’s love for Berlioz’s music has survived to this day.