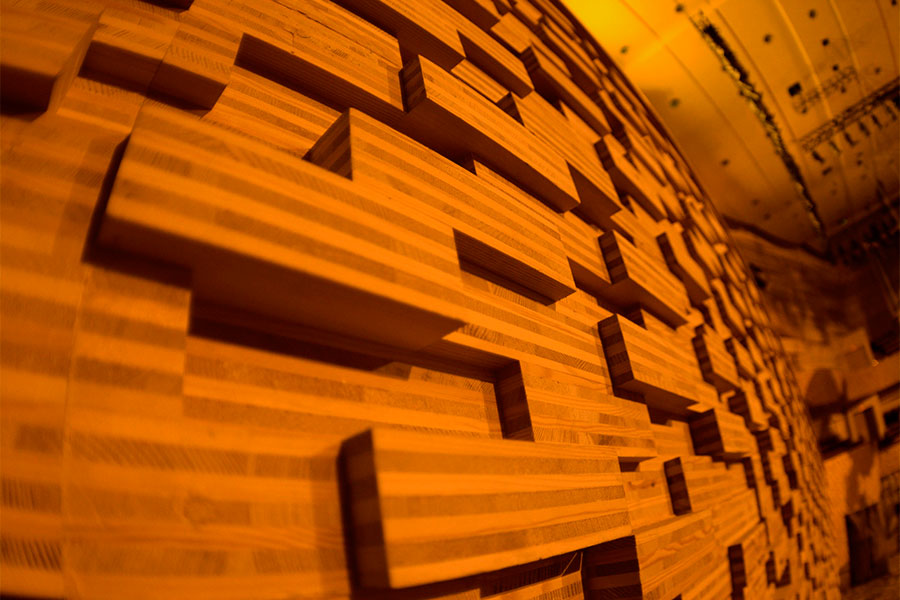 This concert has been postponed until 3 July, 2021
Postponed

Synopsis
The action takes place in 1418 in the Castle of Binasco near Milan.

Background
Filippo Visconti, having married the Countess Beatrice di Tenda, widow of the condottiere Facino Cane, has taken over her rich estates. He soon tires of her, preferring the young and beautiful Agnese del Maino.

Act I
During festivities at the castle, Filippo announces to his courtiers that he is divorcing his wife. In the distance he hears Agnese’s voice, singing a tender romance, and he declares his own feelings. Agnese, however, feels a passion for Orombello. Having arranged a meeting at night using a forged letter, she learns of Orombello’s love for Beatrice. In vain does Orombello plead with her to do Beatrice no harm – the spurned woman vows to have her revenge. In the garden, surrounded by her ladies-in-waiting, Beatrice laments her fate. Filippo appears. He presents secret messages from his subjects and a letter from Orombello apparently found among her possessions – and he accuses Beatrice, who has been slandered by Agnese and Rizzardo, of double infidelity: she is an unfaithful wife and has instigated a rebellion. Suffering in a remote part of the castle, Beatrice prays for forgiveness before a statue of her first husband for her new marriage. She says “They all desert me now” before she hears Orombello who has just arrived replying “All? Not I.” On his knees he begs his beloved to flee and promises the support of his vassals in the struggle against the tyrant, but Beatrice rejects him and wishes to depart in order not to rouse any suspicion. At that very moment they are discovered by Filippo who has been brought by Agnese. His wife’s guilt has been proven. Beatrice and Orombello, who declares that the Duchess is innocent, are thrown into prison.

Act II
In the gallery facing the tribunal the courtiers announce that Orombello, unable to stand the torture, has perjured himself and Beatrice. In court the triumphant Filippo accuses his wife of infidelity and conspiracy. Orombello denies the confession forced from him, and the Duke threatens him and Beatrice with fresh torture. Appalled at the consequences of her perfidy, Agnese begs for mercy for the defendants, but Filippo remains relentless: the trial will continue. Having received no admission of guilt from Beatrice, the judges nevertheless sentence both her and Orombello to death, a sentence the Duke must sign. The calls of the people at the castle walls to free Beatrice force Filippo to surmount any final hesitation. He signs the document, insisting that the sentence is being carried out not at his order but because of his wife’s dishonour. Next to the prison, friends in mourning await the execution of Beatrice who has no wish to forgive the repentant Agnese but, hearing Orombello’s voice in supplication, she softens. Experiencing no fear at worldly suffering, in a state of enlightenment Beatrice follows the soldiers to her execution.