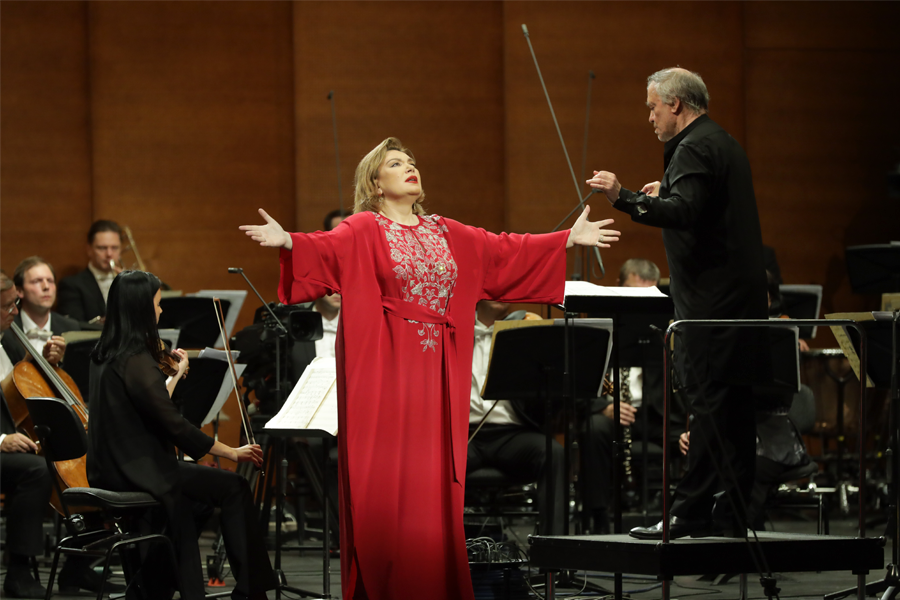 The Maid of Orleans (concert performance of opera)

The concert will have synchronised Russian and English supertitles

New to the repertoire

The Maid of Orleans was destined to be Tchaikovsky's most monumental and ambitious work in opera. Following its premiere at the Mariinsky Theatre in 1881 it soon vanished from the repertoire, returning to the stage only in the 20th century. In post-war Leningrad the heroic image of Joan of Arc was brought to life at the Kirov Theatre by the acclaimed mezzo-soprano Sofia Preobrazhenskaya (there is a complete audio recording of this opera from that time conducted by Boris Khaikin). There have been few premieres of new productions of The Maid of Orleans, and today the opera remains a repertoire rarity. The most recent productions include one by the Theater an der Wien with Lena Belkina in the title role.
The Maid of Orleans was composed between Eugene Onegin and Mazepa from 1878–1879. The libretto based on the play by Schiller in translation by Vasily Zhukovsky was produced by the composer himself (Giuseppe Verdi had also turned to Schiller's play, writing his own Giovanna d'Arco in 1845). To this end, Pyotr Ilyich studied a "veritable small library about Jeanne d’Arc": books by the French historians Henri Wallon and Jules Michelet, Jules Barbier's play and the libretto of the opera Jeanne d’Arc by Auguste Mermet. The opening of the opera, a decorative genre scene in Act I, was in all likelihood borrowed by Tchaikovsky from Mermet. For the second and last time Tchaikovsky as a librettist departed from Schiller's play in his finale: the heroine of the opera dies not in battle but is burned at the stake. According to Modest Tchaikovsky, not long before his brother's death he expressed an intention to amend the final scene, bringing it in line with Schiller. The opera was dedicated to the conductor Eduard Nápravník.
The Maid of Orleans was composed in the spirit of a historic French grand opéra, with powerful crowd scenes, a ballet, extravagant ensembles and grandiose processions. The oratorio-like nature of The Maid of Orleans is one of the greatest challenges that this score presents to directors. "The style of The Maid of Orleans bears the stamp of meditation, thoughtfulness, even a certain coldness of rationality" (Boris Asafiev). The core image of the Maid is depicted in heroic colours, and here there is none of that psychological development of character that one might well expect of Tchaikovsky. According to Asafiev, the composer "carries the heroine on striking operatic stilts of heroism and is ultimately unable to bring her down from them." Tchaikovsky initially intended the role of Joan for a grand dramatic soprano, although when rehearsing the opera for its first performance at the Mariinsky Theatre the role had to be adapted for mezzo-soprano. In the 20th century the role of Joan was embodied by such outstanding singers as Irina Arkhipova, Nina Rautio and Waltraud Meier. Following a lengthy absence, The Maid of Orleans is now on the way to returning to the stage of the Mariinsky Theatre.