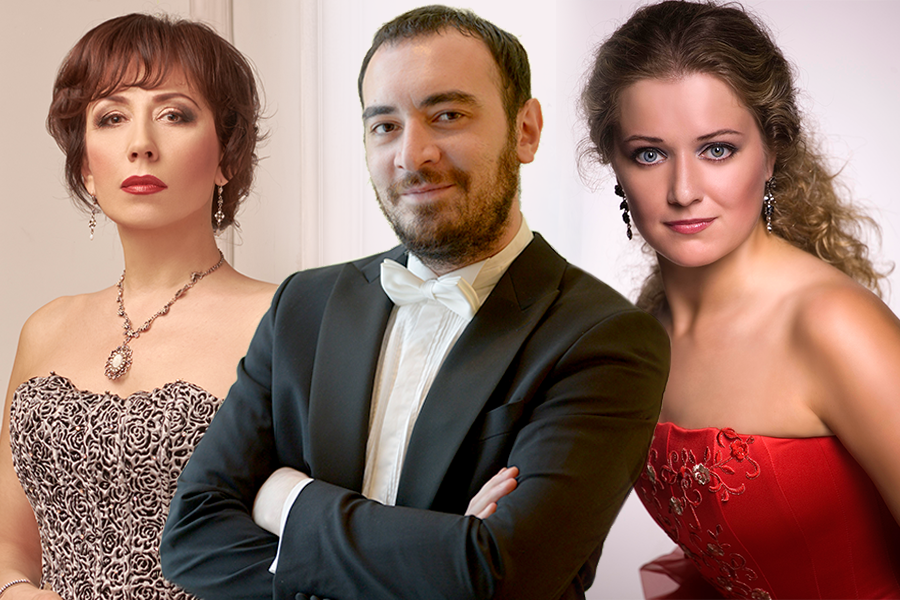 The author of  Stabat mater dolorosais believed to have been the poet Jacopone da Todi, a Franciscan monk who lived in the 13th century. Although in the 16th century the Universal cathedral dropped Stabat mater from the Catholic liturgy composers nevertheless continued to return to this verse, and in 1727 Pope Benedict XIII restored its place in the Missal.
The twenty-six-year-old Giovanni Battista Pergolesi composed Stabat mater for soprano, alto, strings and organ shortly before his death in 1736. He “copied” the format of  participants from Alessandro Scarlatti’s Stabat mater. This work was performed on an annual basis in Naples during the Great Fast, and it would appear that Pergolesi set himself the task of  replacing it with a piece in a new style. And in fact his music is almost completely restricted to the fashionable “gallant” style – responsive, very human and easy to understand. Many of  the musical intonations and sharp rhythms came from opera buffas while the eighth section was named a fugue, though in the strict sense of  the word it is not one at all.
Regardless of  any arguments, could Pergolesi’s Stabat mater really be called religious music? Even in the 18th century it had been performed throughout Europe. Some performers would increase the number of  those involved and to achieve a fuller sound male voices and wind instruments were added. (Anna Bulycheva)