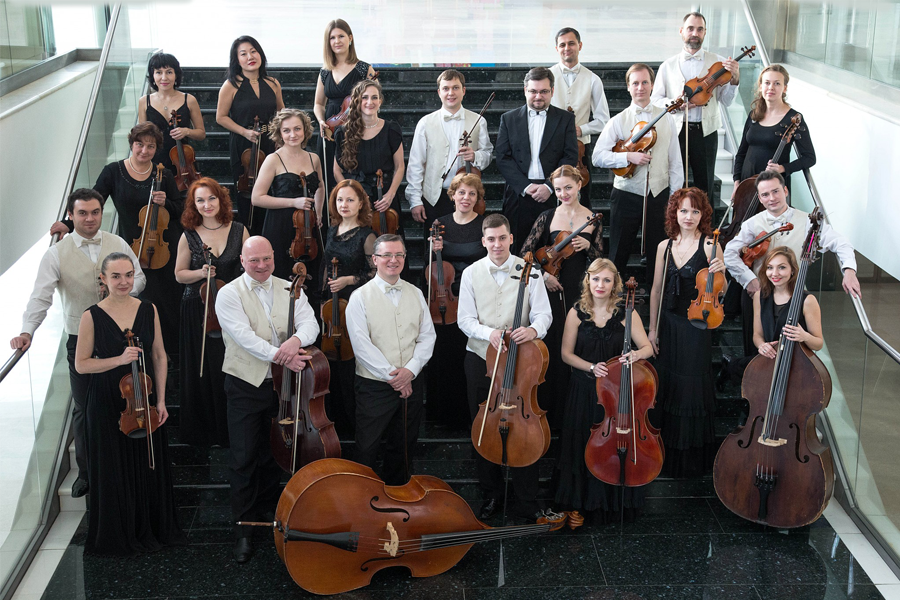 The emergent Novosibirsk Philharmonic Chamber Orchestra was founded in 1988 as a student ensemble by Mark Abramov, a conductor of the Novosibirsk State Academic Opera and Ballet Theatre. Mikhail Turich, first violinist of the Novosibirsk Academic Symphony Orchestra, soon took over at the helm and in 1992 it became affiliated with the Novosibirsk Philharmonic. Since 1994 the ensemble has appeared in various regions throughout Russia and in Europe, travelling to Germany, France, Spain, the Netherlands, Austria, Belgium, Switzerland and Italy. The orchestra, the Principal Conductor of which has been Alim Shakhmametiev since 2008, takes active involvement in various international projects and events, such as the opening of the Year of Culture of Germany in Russia (2004), Days of Sweden in Novosibirsk (2004), Days of British Music in Novosibirsk, the opening of the Year of Culture of Russia in France (2010) and the opening of the Year of Russian Language in Germany (2014).
The ensemble releases new discs on a regular basis. Two of these were recorded on the Guild Records label under the baton of Swiss conductor Rainer Held and with the participation of Swiss organist Martin Heini: Tongues of Fire (2012; included in Gramophone magazine’s top-twenty best CDs of the year) featuring works by Rütti, Poulenc and Arensky, and Carl Rütti’s symphony The Visions of Niklaus von Flüe, which also contains works by Caspar Diethelm (2015).