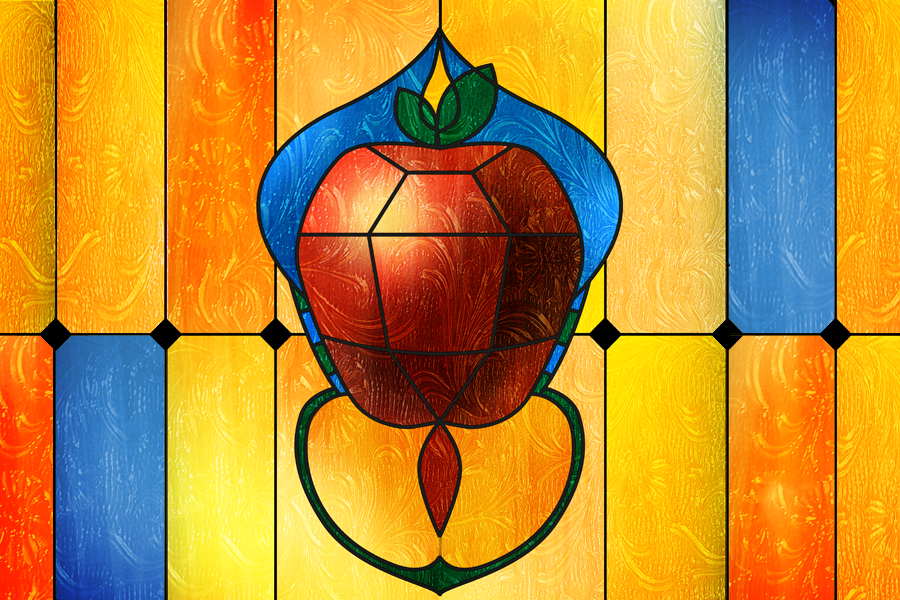 “Mirror, mirror on the wall, who’s the fairest of them all?” the Queen loves to ask of her Magic Mirror. “Thou, oh Queen, art the fairest in the land!” each time delighting his mistress.

Snow White is the stepdaughter of the perfidious Queen, who has usurped authority in the kingdom. Snow White’s parents are long since dead and her stepmother feels but little for her. The girl is to turn sixteen years of age and she dreams of a wondrous ball being given at the castle for the occasion. The stepmother gives Snow White a beautiful diadem.

Between the kingdom and the neighbouring country war has broken out. The Young Leader of the defeated army is captured in the forest and is soon brought to the castle to be interrogated. As she awaits her captive, the Queen engages in her favourite pastime – sorcery. She boils up a mysterious potion and reads out a curse over the steaming cauldron.

On questioning the Leader of the defeated nation, the Queen attempts to discover where its people lie hidden, but the proud and brave youth is not about to be defeated. Snow White sees the Young Leader in chains and falls in love with him. She begs her stepmother to forgive the poor fellow, and she agrees to do so in the evening on the occasion of Snow White’s birthday. In the dazzle of the diadem presented to her, the girl looks so beautiful that after she retires the Queen impatiently flies to the Mirror. Her worst fears are confirmed: Snow White is named the most beautiful by the Mirror. The stepmother is enraged and calls on the Huntsman to take her worthless stepdaughter into the forest in order never to see her again.

The girl is left abandoned in the forest at night, but glow-worms come to her aid: they lead her to a hut inhabited by the dwarfs. Snow White remains with her new friends, takes care of their needs, helps around the house and does the cooking. The dwarfs feel tender emotions for their guest, but they are unable to protect her from the evil Queen. Disguised as a beggar woman the stepmother comes to see Snow White, giving her a poisoned apple, and Snow White collapses, senseless.

On returning home the dwarfs realise who has been at work. They set out to meet the villainous ruler and they catch her in the final interrogation of the Young Leader, whom she is resolved to kill. The dwarfs prevent the execution, save the youth and ask him to kiss Snow White. From his loving kiss the girl awakens. The Queen loses her magic powers, ends the long war and grants Snow White the right to rule the nation. The Young Leader and Snow White are delighted to be together, and the dwarfs return to their life as before.

The tale of Snow White first appeared a very long time ago, and there are countless variations of it. The most famous is the story of the beautiful daughter of a king, rescued by dwarfs in a forest, saving her from the evil intentions of her stepmother who possesses a magic mirror – that tale comes from the Brothers Grimm. Russia has a similar version, The Tale of the Dead Tsarevna and the Seven Bogatyrs, written by Alexander Sergeyevich Pushkin. Yet another “Snow White” came from the pen of Alexandre Dumas, author of Les Trois Mousquetaires. In the 20th century there was to come the eponymous Oscar-winning cartoon by Walt Disney. In turning to an age-old plot, each creator interprets it in his or her own way, adding interesting details or introducing new characters.

Lev Ustinov and Oleg Tabakov’s play for children Snow White and the Seven Dwarfs was written for a production at the Sovremennik Theatre in Moscow. Sometime after that it was used as the basis for the eponymous musical tale by Eduard Kolmanovsky. Its premiere took place in 1966 at the Children’s Musical Theatre, which was directed by Natalia Sats. A composer of music for theatre and film as well as many songs popular at the time (I Love You, Life..., Do Russians Want War? and I Work as a Magician), Eduard Kolmanovsky is known to children first and foremost for his music for the cartoon films The Ugly Duckling, Hazel Twig and Ali Baba and the Forty Thieves.

At the Mariinsky Theatre, Kolmanovsky’s version of Snow White can be seen at the Prokofiev Hall in a production directed by Alla Chepinoga. Her works (productions of The Turnip, The Silly Little Mouse, Terem-Teremok and the most recent premiere of the opera Chukokkala-1) find lively responses in even the very youngest audiences at the Mariinsky Theatre.

“Audiences can be expected to be transported to the Middle Ages. The Narrator-Minstrel will relate to children the story of the modest Snow White, the brave Young Leader who opposes the wicked Queen (the same one who never tires of looking into the magic mirror to know if she is fairest of them all), and the wise dwarfs who have secret knowledge. Our production, adorned with the delightful music of Eduard Kolmanovsky, teaches children about responsibility and kindness, the ability to make peace and make allies with the most diverse characters,” says Alla Chepinoga.
Olga Vokina

Premiere at the Mariinsky Theatre: 15 December 2019