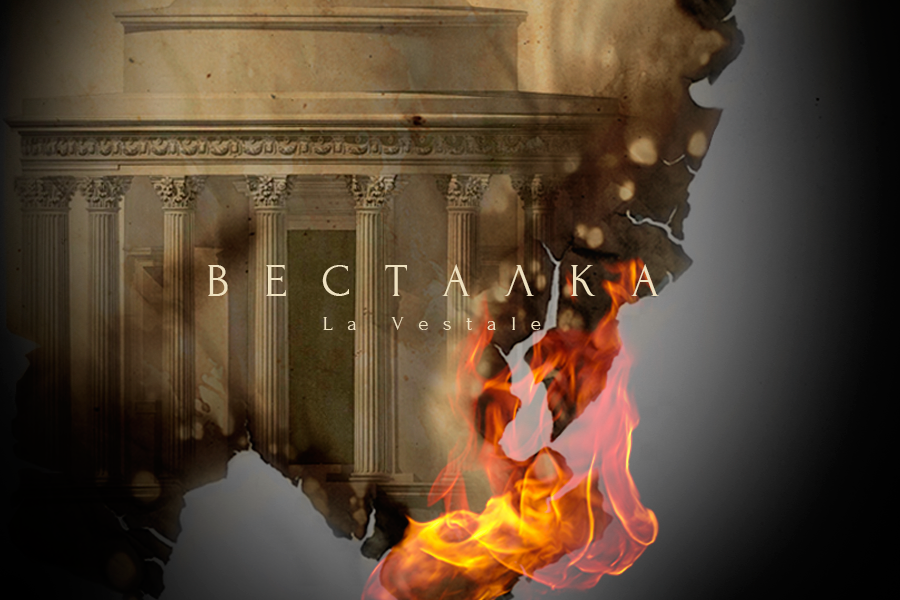 Performed in French (will have synchronised Russian and supertitles)

This concert has been postponed, new date TBA
Postponed

La vestale by Gaspare Spontini is one of those operas of which the name is widely known yet its music is barely known at all. In this context, one must add the word "today". Two centuries ago, this opus proved a staggering success and made its creator the foremost opera composer of the Napoleonic age. The Emperor and his wife were indeed among the admirers of the work, and it was to be the intervention of Joséphine herself that helped Spontini to overcome various theatrical intrigues and stage the premiere at the Opéra de Paris – in 1807, almost two years after it had been written. Napoleon's approval of La vestale was politically far-sighted: in the very first scene the principal male character of Licinius appears, a former plebeian who had emerged to be a triumphant military commander and the saviour of Rome whose forehead was adorned with a garland of laurels from the grateful people by the hands of a beautiful vestal virgin. This winning – for Napoleon – allusion may be seen to develop further: in their struggle for happiness, the protagonists overcome religious and social taboos, they undertake risks, almost perishing in the process, and yet they emerge the victors and even the gods are on their side. Both the themes of the ancient world and the antique as a cultural propagandist model were of immense import in the only recently created empire; La vestale is a perfect example of music in the French Empire style. But even after the dictator had been deposed the opera retained its popularity – right up until the mid 19th century.

In the latter half of the 1800s other idols were to emerge, and Spontini's role in the history of music was transformed into that of intermediary: between classicism and romanticism, between the genres of tragédie lyrique and grand opéra, between Gluck and Wagner or Verdi, between Mozart's opere-serie and Rossini's Guglielmo Tell. Of the great names, only Beethoven (Fidelio, 1804) stands alongside La vestale. Having been allocated part of the "beggar's share" of history in the broad genre of opera, Spontini's masterpiece fell into the shadows of those very works the appearance of which would have been impossible without it. Berlioz dedicated his first work of musical critique to La vestale, calling it an "opera rich in melody, abundant in solos and ensemble scenes". The melodic beauties of La vestale herald the intoxicating melodies of Bellini and Donizetti, while the abundance of assorted dialogues, the monumental pathos of choral frescoes and the rich and pliant orchestra (with greater roles for oboes, clarinets and French horns) foretells of Wagner. It was not by chance that the young Dresden conductor had learnt La vestale in 1844 with his performers and had invited its composer to take the conductor's stand himself. The dactylic motif of "a second downwards, a mediant upwards" at the moment Licinius secretly meets Julia in the temple of Vesta (Act II) was so deeply engraved in Wagner's memory that decades later he employed it as a leitmotif for Fate in his Ring des Nibelungen.

La vestale is based on the classical conflict between public duty and personal emotions, between society and the individual. The opera is named very precisely – La vestale, and not, let us say, Licinius and Julia. It is Julia, powerful and tender, suffering and loving, who is the pivot for the whole plot, with even Licinius coming second to her in terms of the character's diversity and depth. The singer performing the title character requires exceptional skills – both vocally and dramatically; the female protagonist's emotional range covers everything from the depths of despair to triumphant rejoicing. Maria Callas in Visconti's legendary production at La Scala was hailed as the finest Julia of the 20th century.

In the 21st century, productions of La vestale remain in single figures. Such a unique artistic event as La vestale at the Mariinsky Theatre is a gift from artists of the Academy of Young Opera Singers to all lovers of opera in St Petersburg. Khristina Batyushina