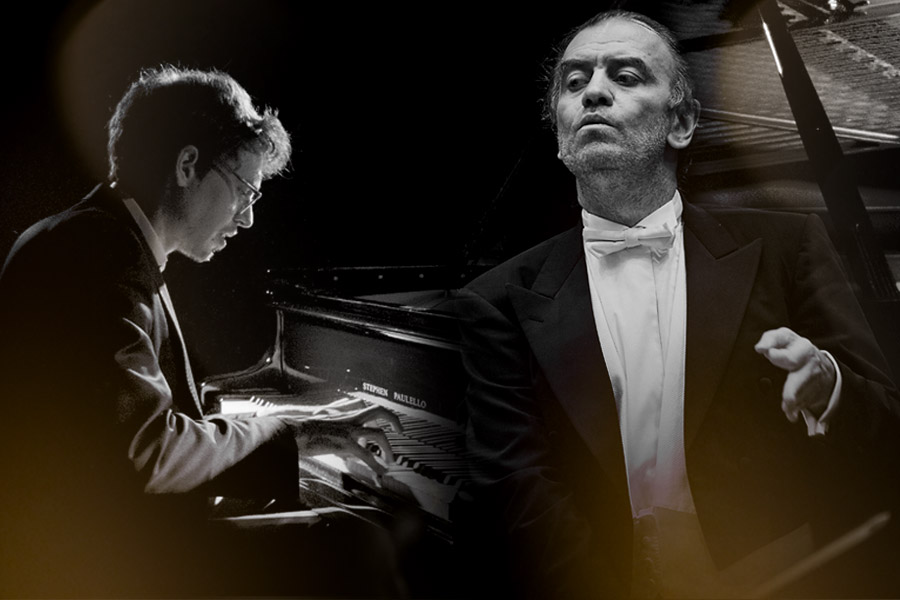 The vivid individuality of the French pianist was revealed to the world four years ago at the XV International Tchaikovsky Competition. Music-lovers instantly acclaimed Lucas Debargue as the sensation of the competition. Since his victory at the competition, the pianist has launched an international career, and the number of his concerts at major venues throughout the world amounts to more than sixty each year. Lucas Debargue is a guest at such festivals as the Verbier Festival and La Roque D'Anthéron, and he performs with such conductors as Mikhail Pletnev, Vladimir Spivakov, Vladimir Fedoseyev and Tugan Sokhiev. The Sony Classic label has released four solo albums by the pianist. In 2017 Lucas Debargue was awarded the prestigious ECHO Klassik prize for recording for his disc of music by Bach, Beethoven and Medtner.
At the International Piano Festival Lucas Debargue will perform Franz Liszt's Piano Concerto No 1 under Valery Gergiev. Each and every time, the Music Critics' Award "for a unique gift, artistic freedom and beauty of musical interpretation", awarded to the pianist following the competition, has long since been justified.