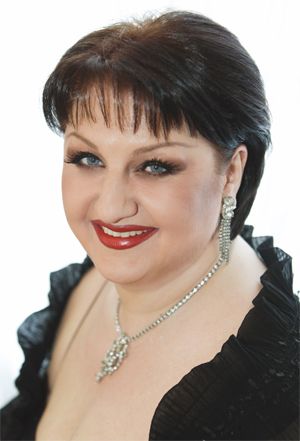 Together with the Mariinsky Opera Company, Elena Vitman has toured to Great Britain (Royal Opera House, Covent Garden, the Barbican Centre in London and the Cardiff Festival), Spain (Teatro Real, Madrid), Germany (Baden-Baden), Israel, Japan and the USA (the Kennedy Center in Washington).
The singer frequently performs programmes of chamber music in St Petersburg and in towns throughout Germany.

In 2009 Elena Vitman became the first singer in Russia to perform the role of the nurse in Strauss’ opera Die Frau ohne Schatten, and she also sang the role of Frosia in the premiere of a new production of Semyon Kotko at the Mariinsky Theatre in 1999.
In 2009 Elena Vitman was involved in a recording of the opera The Nose on the Mariinsky label, and this recording received a Grammy nomination. The singer’s discography also includes a recording of the opera Salome made by the Mariinsky Opera Company in Stockholm.