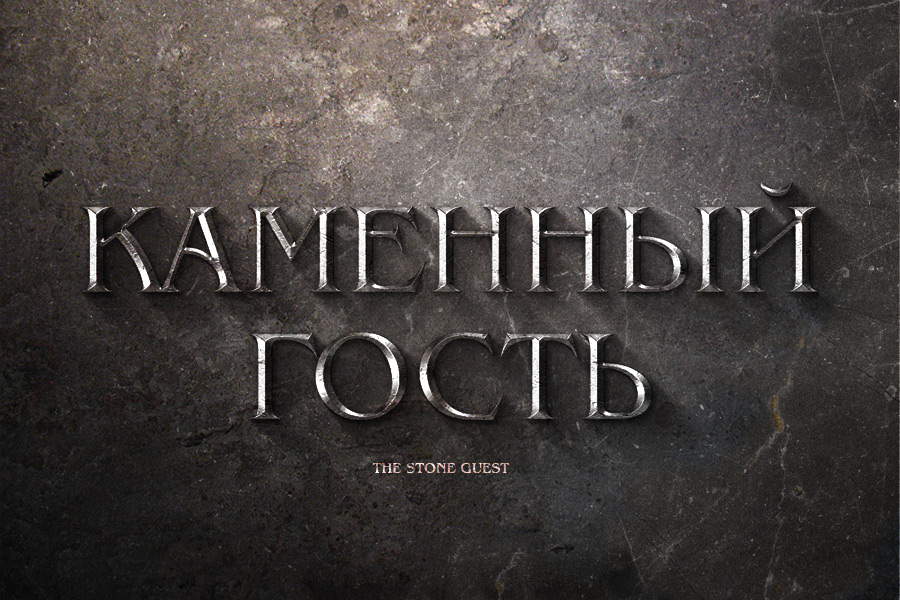 Starting work on the opera The Stone Guest in 1865 proved to be a release from an artistic crisis for Alexander Sergeyevich Dargomyzhsky (1813–1869). Inspired by the success of his travels abroad, during which he received the support of Franz Liszt, the composer resolved to turn to a long-held idea – an opera based on the text of one of Pushkin's Little Tragedies. The work was to be an embodiment of Dargomyzhsky's credo in his latter years: "I want the sound to express the word directly. I want truth." The innovative nature of the composer's idea lay in the fact that the libretto for the opera used the text of Pushkin's drama in its entirety, unchanged. Only Don Juan became a Don Juan more acceptable to the Russian ear. The musical method chosen, in order to convey the intonations of human speech with maximum precision, was the recitative. With the exception of two of Laura's songs, the opera is not split into separate stage numbers. It is generally considered that such a structure the invention of Wagner, but Dargomyzhsky was hardly inspired by the music of his German colleague.
The new opera drew the attention of the members of "The Mighty Handful", who saw in it an expression of their own ideals and an example of a truly Russian work of the future. At soirées of the New Russian School of Music, as the young composers called themselves, highlights of The Stone Guest were performed by Modest Musorgsky, the sisters Alexandra and Nadezhda Purgold and Dargomyzhsky himself.
The composer did not manage to complete the work. In accordance with his will, the first scene was finished by César Cui and the opera was orchestrated by Nikolai Rimsky-Korsakov. The premiere took place on 4 February 1872 at the Mariinsky Theatre, although the work was soon dropped. Nevertheless, the manuscript was known to Russian musicians: Dargomyzhsky's discoveries influenced Musorgsky's operatic style, and they were reflected in the music versions of three other Little Tragedies – Rimsky-Korsakov's Mozart and Salieri, Cui's A Feast in time of Plague and Rachmaninoff's The Miserly Knight.
Anastasia Spiridonova